A programme to get vulnerable children in Rotorua into early childhood education is exceeding expectations, and the trust behind the scheme says it is awesome to see the change in participating whanau.

The Tiaho Tamariki programme placed 50 young children in education facilities last year, instead of the projected 40.

Tiaho Tamariki helps parents to find an education facility and establish routines so the children maintain attendance. It also provides resources so parents can teach their children at home.

The programme encourages parents to value education by painting a picture of their child's future from the start of school, Tiaho Tamariki leader Carol Haimona said.

Many parents in the programme did not finish their own schooling, and had limited knowledge of how to enrol their children, Ms Haimona said. 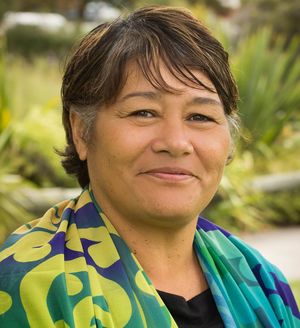 The parents usually had low incomes, often hadn't finished their own schooling, and found the education system daunting - and the biggest change was for the parents, who were learning that education did not have to be scary.

The trust worked intensively with parents to find an education facility, and to establish basic routines so they maintain attendance.

"Every day this child has to go to bed at 7, this child has to have breakfast, and the van will pick your child up Monday to Friday. So those are the ones you have to work hard with to get them into a routine, they have no routines," Ms Haimona said.

Rotorua mother Joan Ngawhika said she didn't know what she was doing when she first started looking for daycare, but the programme helped her find a bilingual centre so she and her children could learn Te Reo together.

"It's cool when I come home and they have picked up on some Maori words, and they come and they sing their Maori songs. It's really awesome, you do see that they're learning something," Ms Ngawhika said.

"Our aim is that they value education, so we paint a picture for them: can you imagine your child starting school at the back of the line, putting their head down and being shy because they don't know their colours, or some numbers, or how to hold a pen? Can you imagine what they will feel like if they know all those things?"

Some parents have experienced trauma, including family violence, but it was amazing what could be achieved once trust had been established, Ms Haimona said.

"From dads that when we first go in have their hats pulled down because they have got Maori Mongrel Mob across their head. Within a week, the turnaround is that dad is reading to that child on the floor."

Tiaho Tamariki is one of a raft of education programmes included in the trial in Rotorua.

It's part of a social sector trial that is testing a community-centred, cross-agency approach to delivering social services.

The trial was overseen by representatives from ministries, including Youth, Justice and Social Development, and by police, the local council and health board.

It is managed by Te Taumata O Ngati Whakaue Iho Ake Trust, whose manager Roana Bennett said the families they see were often focussed on day-to-day survival, rather than education.

Cost can be a barrier for whanau, but the issues were often more complex than just a lack of money, and the value of early childhood education was not always shared across the community, Ms Bennett said.

"So there's a whole suite of support that could swing in behind these families but it's not always well-coordinated," she said. "The opportunity that the social sector trials provides us here is bringing those supports together."

The trial was a great way to bring agencies together, Social Development Ministry Bay of Plenty Commissioner Mike Bryant said, and his case managers had been referring families to Tiaho Tamariki, which was about being "proactive".

Families often faced a cluster of issues other than just a lack of money or transportation problems, Mr Bryant said, and the agencies were committed to working together to address the issues to help families become more independent.

The agencies involved in the trial had also been helping to identify education programmes that would benefit the community, Lakes District Health Board Chief Executive Ron Dunham said.

The agencies were all dealing with the same families and the health board was an enthusiastic participant in the trial's collaborative approach, he said.

"Look, this is one of the best things we've done. For a town like Rotorua it's got a huge benefit, particularly if we have people who that family can get to know who can help them gain access to solutions for them," Mr Dunham said.

The Rotorua trial is one of 16 social sector trials throughout the country, but is the only one to focus on education.