The figures are already grim but police are preparing for family violence to get worse over the Christmas period, and they have teamed up with performer Tina Cross to try to curb it. 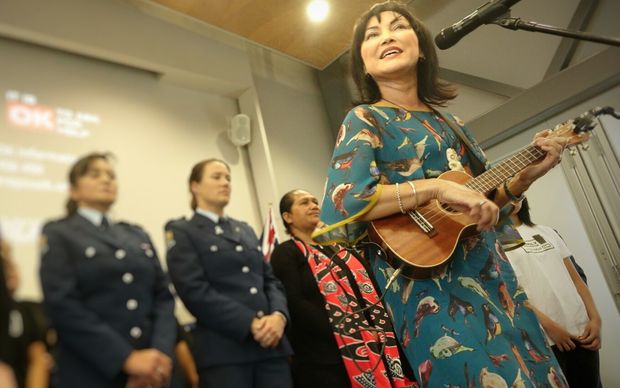 Cross wrote the song 'Walk Away' last year to raise awareness and funds for Women's Refuge, for which she is an ambassador.

The song has been re-born and re-voiced for use by police, with vocal backing by the Counties Manukau District Commander's choir and local students.

"I wanted to raise awareness of a very real issue in our society and the only way somebody like me can do that is through lyric and melody," Ms Cross said.

"I came home from a show late one night and within five hours it was written - I had one line in my head which was 'give her a voice'," she said.

A video has also been made of Cross performing the song with the students and police choir.

A past abuser, Vic Tamati, features in the video, and he was today moved to tears when he spoke about the song and what it could mean to perpetrators of domestic violence.

The audience at Counties Manukau police station also heard from Jude Simpson, who was abused for years by her stepmother.

She said she wished a song like this existed when she was being abused.

"First of all it would tell me through the video and the song and the lyrics that people understand what I'm going through.

"I truly believe it will help other people and help anyone who's in violent relationship when they feel like there's no way out.

"When you're caught up in this world you don't know that there's help available - you feel so alone, and so lost and so out of control of your life."

Police said Christmas was a stressful period, with that stress continuing into the new year. 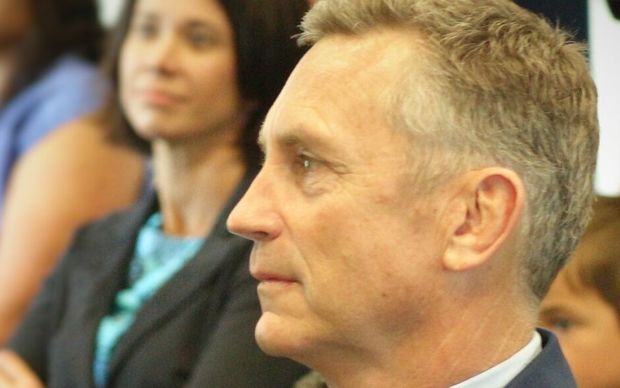 Mr Bush said the number of deaths from family violence so far this year was "an absolute tragedy".

"What this will do is, first off raise awareness, and there are so many messages in that song that are so on-point.

"Don't tolerate it, everyone else stand up, and if you are one of those people who perpetrate family violence - stop and walk away before you do," Mr Bush said.

Family violence accounts for 41 percent of the time police spend responding to incidents.

They are called to about 200 domestic violence situations a day - on average one every seven minutes.