Scientists are puzzled over why the number of Antipodean wandering albatross has halved in the last 10 years. 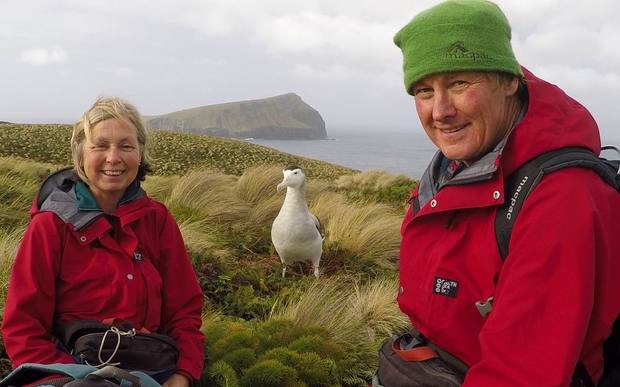 Scientists Graeme Elliott and Kath Walker have been sailing to the Antipodes Islands, 850km south-east of Stewart Island, almost every January since 1994.

There are 16,000 adult wandering albatross on the island, and they live for over 40 years, but only start breeding after the age of 10, and breed every two or three years. 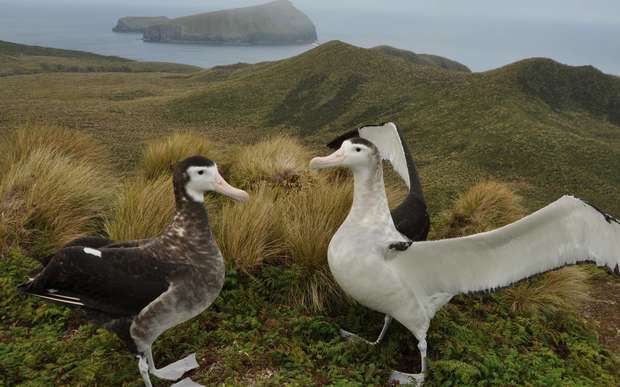 The birds start breeding after the age of 10 and breed every two or three years. Photo: SUPPLIED

Mr Elliott was uncertain why numbers were decreasing, but he suspected global warming was affecting their feeding patterns, and he was horrified to see the numbers plummeting.

"It's really quite dramatic, the place looks relatively empty compared with what it was - lots of the birds that we've known for quite a long time have died in the last five years.

"So there's birds that we banded in the '90s which were still there in 2005, but now a hell of a lot of those have died, it's pretty grim on the island." 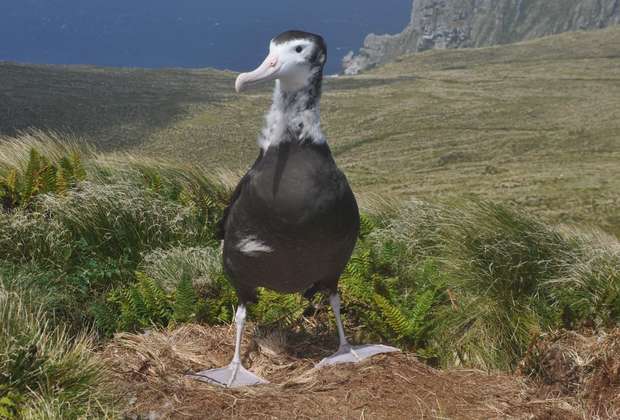 A chick - one of an increasingly small number of birds on the islands. Photo: SUPPLIED

Mr Elliot and Ms Walker started working with the albatross because of the numbers being killed by long-line fishing.

Ms Walker said the long-lines were baited with the natural prey of the albatross: squid and fish.

"The birds dive on the squid as long-lines are set, swallow the hook it contains, get hooked and then pulled underwater as the line sinks. They are not usually killed by the hook, but instead drown." 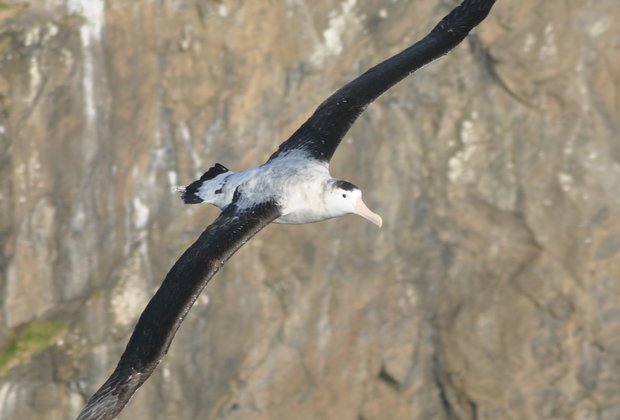 The albatross hunt squid and fish and can get caught in long-lines. Photo: SUPPLIED

Mr Elliott has been trying to secure more funding for genetic research on the species to scientifically distinguish between the Auckland Islands albatross and the Antipodean wandering albatross.

"They're regarded as the same species, but they're really quite different - they look different, they've got quite different breeding timetables and you never see one in the others' patch, on land anyway.

"So there's a bit of genetic work we'd like to see done to clarify those differences or similarities between the birds."

The trip costs Mr Elliott and Ms Walker about $25,000 one way to charter a boat for the three-day sail, though they are often able to get a ride with the Navy or other people headed to the island.

It was worth the effort and the money every year because they were hooked on finding out more about the large bird, Mr Elliott said.

They really wanted to get to the bottom of the diving numbers, he said. 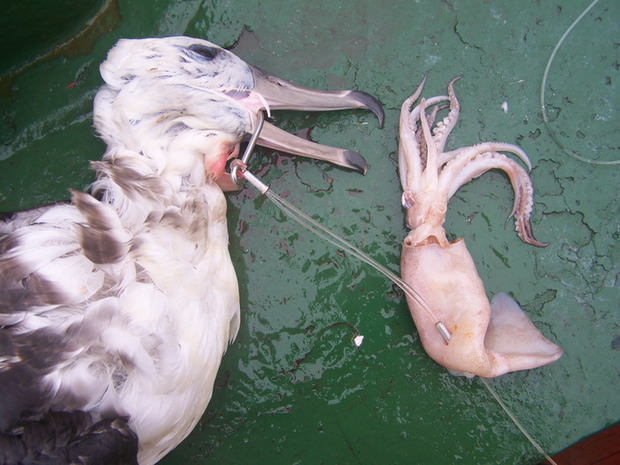 A Campbell black-browed albatross caught in a hook from long-line fishing. Photo: SUPPLIED