Commercial fishers will still be allowed to fish inside newly proposed recreational marine parks, and could be compensated for any business lost. 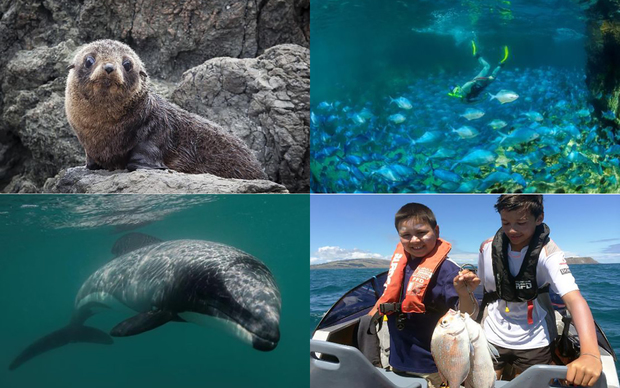 In a draft proposal released this afternoon, two recreational fishing areas in the Hauraki Gulf and the Marlborough Sounds have been introduced, as well as marine and seabed reserves and species-specific sanctuaries.

It comes more than a year after National's pre-election announcement it planned to overhaul the Marine Reserves Act of 1971, saying it did not go far enough to protect marine life.

The new Marine Protected Areas Act will restrict commercial fishing in most of the inner Hauraki Gulf, banning any non-recreational fishing of popular species such as snapper, John Dory and kahawai.

But the 80 commercial vessels currently operating in the proposed park area will otherwise be allowed to continue fishing, with a focus on prolific breeding species such as flatfish.

In the Marlborough Sounds, commercial fin-fishing will be further restricted in the current blue cod management area.

An 870 tonne per year commercial catch in the Hauraki Gulf and a 139 tonne catch in the Marlborough Sounds will still be allowed.

Also proposed is the transition of all 44 marine reserves already in place to the new Act, with the addition of species-specific sanctuaries to include other marine life like albatross and great white sharks, and seabed reserves prohibiting mining, bottom trawl fishing and dredging.

Minister for Primary Industries Nathan Guy said the MPA Act proposal was not a drastic change from what was already in place, but new recreational fishing parks would help enhance the experience for non-commercial fishers.

"We've set it on a very similar area to where there are current restrictions for commercial in the inner Hauraki at the moment.

"In many instances commercial fishers may still be able to go and catch the similar amount that they are catching in the Hauraki or in some other areas."

Mr Guy said the government was willing to compensate commercial fishers on a case-by-case basis, where quotas were affected by the changes.

"We have the undue adverse affect compensation regime which has been well set up and well understood by commercial fishers, we're proposing a similar regime where we'll be able to sit down and work out those compensation arrangements." 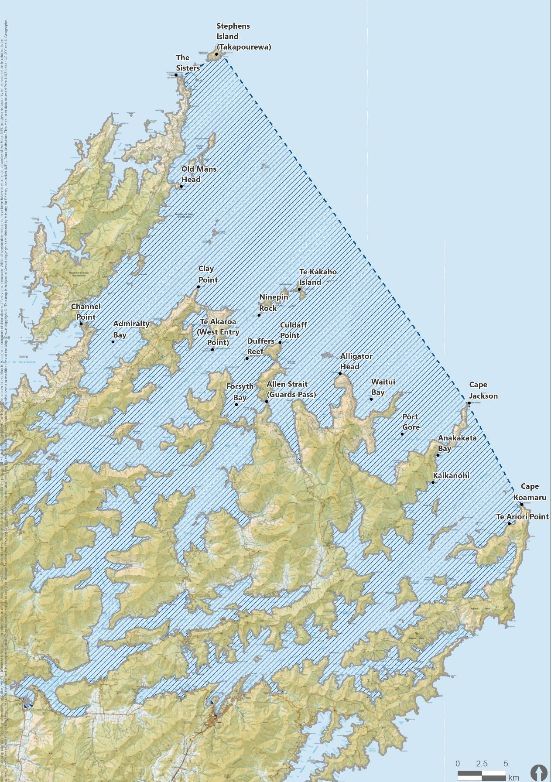 The proposed location of a Marlborough Sounds Recreational Fishing Park Photo: Ministry for the Environment

Minister for Conservation Maggie Barry said the legislation would create a coherent link between all marine reserves in a way that was not possible under the Marine Reserves Act.

"The old legislation was complicated and not fit for modern purpose.

"For example, if you wanted to protect the sub-Antarctics, or Kaikoura, or Fiordland, or Taranaki, it required a lot of extra effort and four or five pieces of legislation to get it through."

She said under the new MPA Act it would be much more flexible and without the complications that plagued its predecessor.

ACT Party leader David Seymour said he would be supporting the bill in parliament, but compensation measures were not going far enough because they only covered fishing in recreational areas.

"If there's a specific seabed reserve or a marine reserve, there's no compensation.

"If you're going to disadvantage somebody simply because they invested in the wrong place at the wrong time for a public benefit, then the public should be expected to stump up and pay for that."

Details surrounding where the exact boundaries of recreational fishing parks will lie - and what species will be targeted - will be determined following a consultation process.

Submissions on the bill close on 11 March. 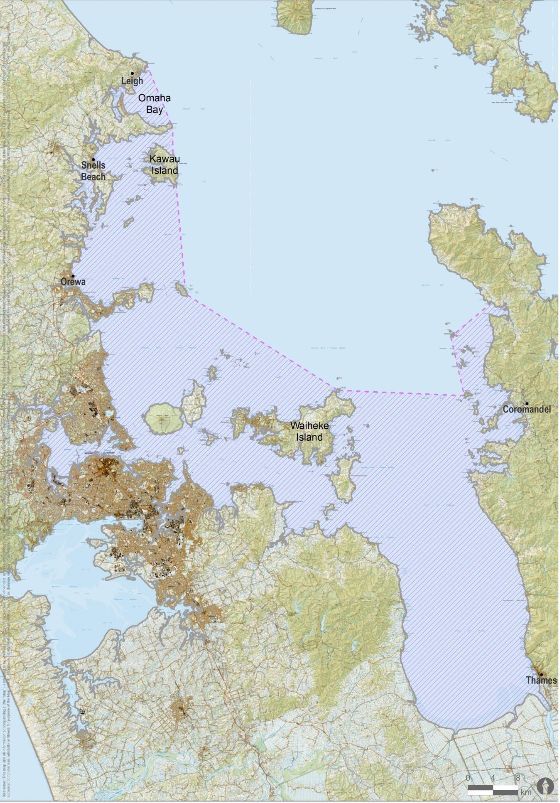 The proposed location for a Hauraki Gulf Recreational Fishing Park Photo: Ministry for the Environment