Although AC/DC former drummer Phil Rudd is yet to pay even half of his $120,000 in reparations, his lawyer Craig Tuck says the matter is being resolved and worked through. 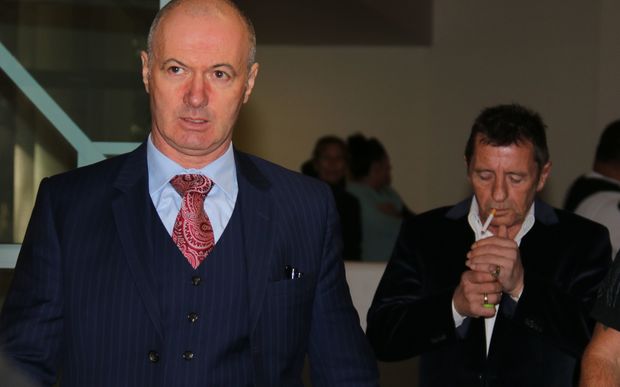 Rudd was sentenced to eight months' home detention in July after admitting charges which included threatening to kill and possessing cannabis and methamphetamine.

He has since made unsuccessful attempts to get a lighter sentence.

Mr Tuck said that the attempts were related to the nature of Rudd's career, which requires him to travel internationally.

"It comes down to the direct and indirect consequences of the conviction, and the impact that would have on his 40-year career," he said.

"There was no victim, in the sense that, through a two-day restorative justice process, there had been complete closure and healing."

Mr Tuck would not comment on whether Rudd was having financial difficulties, saying that was a matter for Rudd and his accountant.

"As I understand it, [the fine] is being resolved and worked through, presently, so there were a number of matters that were raised on appeal - that was one of them.

"It was to be paid by the 20th of September and of course the appeal was on the basis that it would be paid."

Mr Tuck said that the acts that Rudd was sentenced for were no longer symptomatic of his behaviour.

"If you put it in context, there was a meltdown, and there were behaviours which Phil really has moved well beyond ... Phil has done a lot of work on himself and certainly he's gone from strength to strength."

He was reluctant to comment on whether or not he was clean, but said he was strong, fit and playing music.

"He is complying with his home detention, which means he's not drinking alcohol, not taking drugs.

"The real story here is that things have moved on from that time, we're well into the home detention sentence and out the other side, and life is moving on."