Former AC/DC drummer Phil Rudd has lost an appeal against his conviction and sentence for threatening to kill a former staff member and possessing cannabis and methamphetamine. 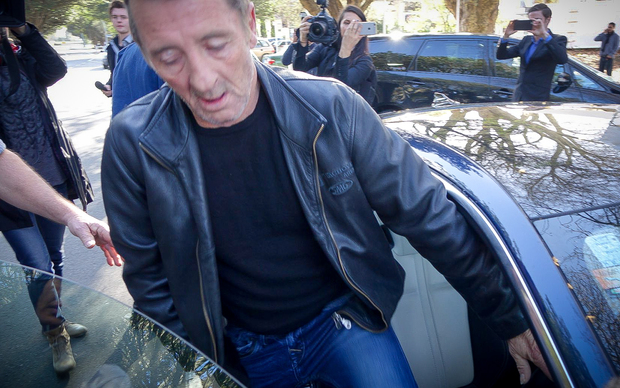 Phil Rudd gets into a Jaguar and drives away from Tauranga District Court. Photo: RNZ / Kim Baker Wilson

The 61-year-old Australian musician was sentenced to eight months' home detention in July after he admitted the charges.

But in a judgment out on Tuesday, Justice Asher revealed that only $50,000 of the $120,000 in reparation has been paid, as Rudd has been waiting on an asset to be sold.

Justice Asher also agreed with the sentencing judge that Rudd's offending was not just an angry phone call, but that he intended to intimidate his victim.

And he said Rudd was rightly refused a discharge without conviction at his sentencing.

Justice Asher also said there is no evidence that Rudd is entirely free of drug use.