Some cities will now have an extra 20 years to bring their earthquake prone buildings up to scratch under new legislation.

At present, all building owners have 15 years to carry out strengthening work. 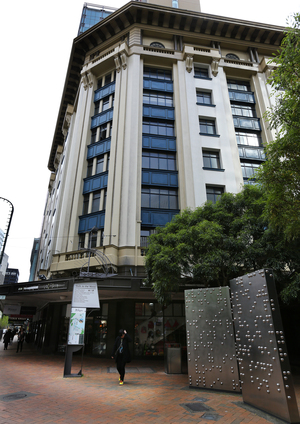 Building owners in medium and low risk areas have 25 and 35 years respectively to complete strengthening work. But those in high risk areas get no reprieve will still be required to strengthen their buildings within 15 years.

This could hit towns such as Opotiki, which has a large number of heritage buildings, some dating back to the late 19th century.

Mayor John Forbes fears many of these could be lost because it won't be economically viable for many owners to strengthen their buildings.

"Life's a battle at the moment for people in provincial New Zealand. So if you've got properties without tenants, landlords that have been holding them for a while and have had no income, it is not easy to start talking to your bankers about putting more money into something that currently has a nil return.

"So it could be the death knell for some places."

Mr Forbes said Opotiki had some of the country's best examples of 19th century architecture, much of which could be lost.

"If you took our town and took a third of the buildings out of the main street and left gaps and holes there, what does that do for the rest of the businesses, what does that leave our town looking like, what sort of impact is that going to have?

"We just don't know. And when things are unknown, that makes us fearful," he said.

"The frequency of earthquakes, those that are life-threatening, varies enormously around New Zealand," Building and Housing Minister Nick Smith said.

"In Wellington it's every 120 years, in Christchurch it's every 720 years, but in a place like Auckland only once in every 7400 years."

Dr Smith said the change would drastically cut the number of buildings needing assessment from 500,000 to just 30,000.

The cost of carrying out the work would also reduce dramatically, from $1.36 billion to $777 million, almost half the original estimate.

"We don't want to be too soft because that will put future New Zealanders' lives at risk," he said.

On the other hand if we go too hard, for the 1.7 million buildings New Zealand has the cost for farmers, for apartment owners, for local authorities is enormous."

As part of the changes, those with quake prone buildings would be forced to advertise the fact via a notice on their front doors.

Wellington City Councillor Iona Pannett is worried what that might mean for the country's heritage. She is calling on the Government to start making grants available to owners.

"The Government, with very good intentions, may face some unintended consequences. That essentially they will have buildings stickered all over the country saying that they're dangerous in between 20 and 50 years time and nobody might be able to use them."

Wellington City Council has a similar system already in place in which yellow 'quake prone' stickers are on the front of affected buildings.

The select committee considering the new bill will report back to Cabinet in July and the bill would be due to pass later in the year.