There has been a Kiwi invasion in Melbourne in the lead up to the Cricket World Cup final - but the Aussies are pulling out all the stops to make sure today is all about the team in gold. 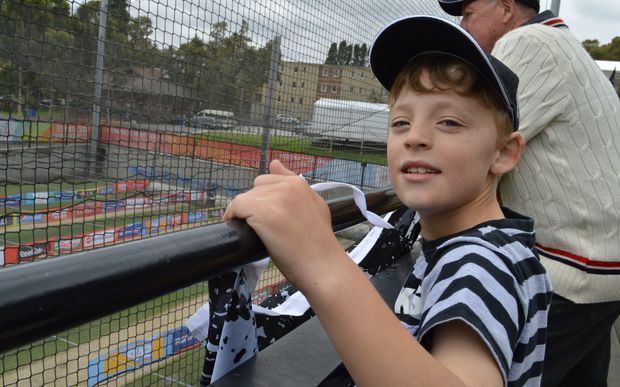 It wasn't difficult to spot a New Zealander in Melbourne's city centre yesterday, pumped up about what is being called the biggest match in the country's cricket history, to kick-off at 4.30pm.

They have flown in from places as varied as Gisborne and South Canterbury and from other parts of Australia to show their support.

Kurt Salmond landed in Melbourne on Friday, and proudly wore the silver fern walking around the city.

He'd been waiting over a year for this day, as the tickets were a wedding gift from best man Geoff Willmott.

"I'm just really looking forward to the occasion. I was always a little bit nervous of Australia getting through over India, but now that it's happened, I'm embracing the Trans-Tasman contest," he said.

"I've had a few people stopping me in the street, saying good luck for the game, but they don't think Australia is going to lose at all. So I think they'll get a bit of a shock tomorrow."

"We're 30-something-year-olds and we've had 20 years since the last World Cup in 1992. I was sitting there thinking 'what if, what if' and now we've got the final. We're going to win it."

Eight-year-old Nick Bradford was one of them. Despite being born and bred in Melbourne, his Kiwi dad, Dan, said he'd always been a Black Caps fan. 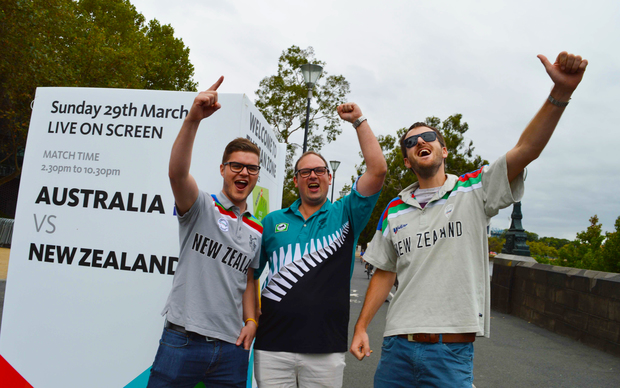 Wearing the team's jersey and cap, Nick said he was happy about the final - but concerned.

"I'm quite worried about the game, thinking that, well, Australia are a good team. It's going to be a big game," he said.

Australians appeared to be in the minority at the Melbourne Cricket Ground yesterday, but Lachie Harris from Western Australia said he wasn't too bothered about being outnumbered.

"I think a few rugby fans are coming out of the woodwork, pretending they like cricket."

Mr Harris said he was sure the streets - and ground - would be covered in gold today.

With weather forecasters predicting a mainly sunny day and a high of about 23, organisers are expecting a record breaking crowd at the Melbourne Cricket Ground of more than 91,112.

Cricket Australia has urged supporters to wear the national colours today, and a "Go Gold" march has been organised for 2.30pm today.

Aussie fans are to meet at the Fan Zone at Birrarung Marr, and give-aways will be on offer to encourage everyone to wear the team's colours.