Terminally ill New Zealand cricket great Martin Crowe has written a moving piece ahead of tomorrow's world cup final, saying it will likely be the last match he sees. 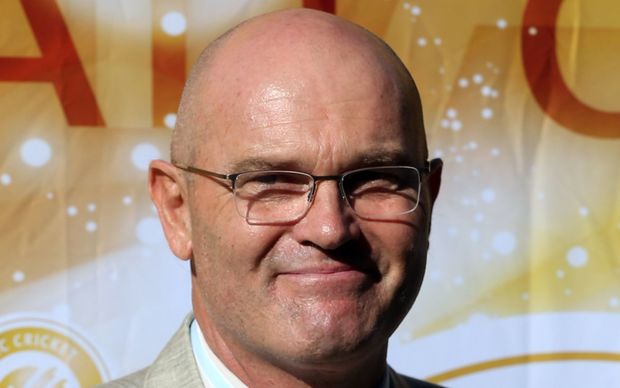 Martin Crowe has been a mentor to Ross Taylor and Martin Guptill. Photo: AFP

Crowe, after receiving treatment for follicular lymphoma two years ago, is now suffering from double-hit lymphoma. Only five per cent of people with the condition live a year.

He said recently that his goal was to see the Black Caps through the world cup.

Crowe still has close connections with the team, particularly through Ross Taylor and Martin Guptill. He has mentored Taylor for years and in the past 12 months spent a lot of time helping Guptill hone his batting.

He pays a heart-felt tribute to the pair in his latest column for Cricinfo.

"My precarious life ahead may not afford me the luxury of many more games to watch and enjoy. So this is likely to be it. The last, maybe, and I can happily live with that.

"To see the two sons I never had, Ross Taylor and Marty Guptill, run out in black, in sync with their close comrades, drawing on all their resolve and resilience, will be mesmerically satisfying. I will hold back tears all day long. I will gasp for air on occasions. I will feel like a nervous parent."

Crowe said he was "stunned by the prospect" of the final and it would be a "personal cricketing highlight of my life, and I sense for New Zealand too".

He also praises the two opposing captains, Brendon McCullum and Michael Clarke, before saying he will be in Melbourne for a match that is going to be "the most divine fun ever".