The President of the International Cricket Council has resigned after he was prevented from presenting the World Cup trophy after the final in Melbourne.

Bangladeshi Mustafa Kamal says he was blocked from making the presentation because he refused to withdraw an allegation of match-fixing, and he's accused the ICC of behaving "unlawfully". 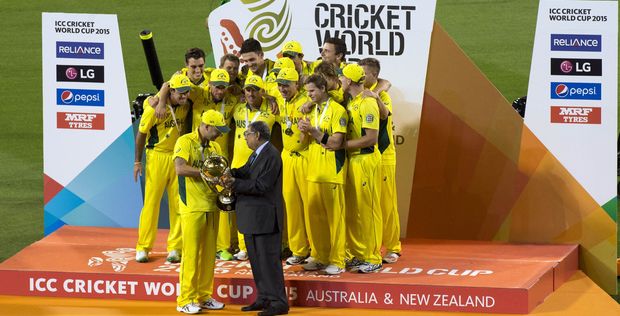 The honour instead went to India's Narayanaswami Srinivasan, who took over as ICC chairman last year and was booed at last Sunday's ceremony.

Kamal had said after his country's World Cup quarter-final loss to India that there was "no quality in the umpiring" and suggested the result had been "pre-arranged".

The ICC confirmed that Kamal had resigned in a letter to the organisation, but said the outgoing president had cited "personal" reasons and had not made any complaint against any individual.

Kamal says the main reason for his resignation was that he can't work "with those who can act unconstitutionally and unlawfully".

"These type of people should be away from cricket, otherwise cricket will be spoilt, cricket will not move forward.

"I'm sure people will find out why I have resigned and they will unearth the truth - who are these people, what are they doing, and how they are running ICC."

The ICC later confirmed Kamal had tendered his resignation, but said his letter contained "no complaints" against anyone in the organisation.

"Mr Kamal said he was stepping down on personal grounds and offered his apologies to all associated with the ICC," a statement said.

The ICC president has become a largely honorary position since changes to the ICC constitution in 2014 handed control to the so-called 'Big Three' nations of England, India and Australia.

The ICC Board will consider the vacant position at its meeting in Dubai later this month.