There's mood music and then there are tracks to get you in the mood for cricket. 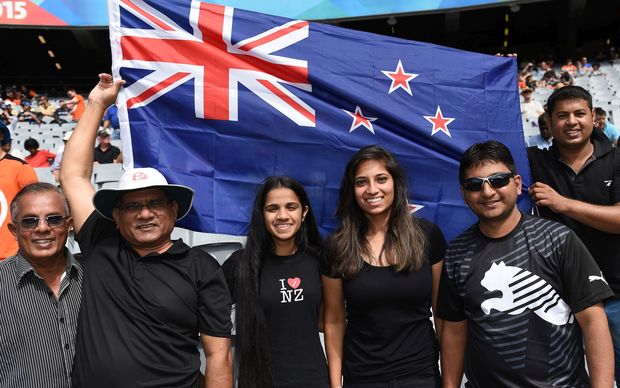 Try 10CC's Dreadlock Holiday or perhaps the Kinks song simply titled Cricket to get you in the mood. Photo: Photosport

With New Zealand set to play Australia on Sunday in the Cricket World Cup final we thought it would a great idea to create a playlist of tracks related - kind of - to the game.

10CC's 'Dreadlock Holiday' does feel kind of wrong in the modern world - on many levels - but it has been used in just about every British broadcast relating to cricket we've heard. It spent a week at number one in the UK chart in 1978. All together now: "I don't like cricket, oh no, I love it."

Whoa, this is an absolute cracker. Sung by a band called Sherbet and actually about infidelity, 'Howzat' makes the list, obviously, because it uses the Aussie lingo for an appeal to the umpire. "Howwwwwzaaaaaat?"

A pure, taking the mick, joy from the Kinks, that's their song 'Cricket'. Sample lyric: "Now the Devil has a player and he's called the Demon Bowler; He's shrewd, he's rude and he's wicked; He is sent by Sinful Satan and he's out to take your wicket; And you know that that's not cricket."

Shaggy - Game of Love and Unity

From the artist formerly known as Shaggy comes the official song of the 2007 cricket world cup. If you want your ears to bleed, then have a listen.

This will remind fans of BBC's Test Match Special cricket coverage (an absolute delight), of long summer days spent listening to the dulcet tones of Jonathan "Aggers" Agnew gently winding up the easily baited Geoffrey Boycott (not so dulcet).

Australian singer-songwriter Paul Kelly attempts to capture the greatness of the incomparable Donald Bradman. We're not quite sure it works. Make up your own mind.

Something a little more upbeat is Macklemore and Ryan Lewis' 'Can't Hold Us featuring Ray Dalton' - there's a mouthful.

It's not about cricket at all but reminds us of two things: Brendon McCullum (thanks to the lyric: Return of the Mac, get up!) and the absolute sheer joy with which the Black Caps have played and been received. New Zealand has not seen such delirious scenes at cricket matches before.