Cricket reporter Stephen Hewson considers the should-bes and could-bes of the World Cup final at the Melbourne Cricket Ground.

Reasons why New Zealand can win the World Cup. 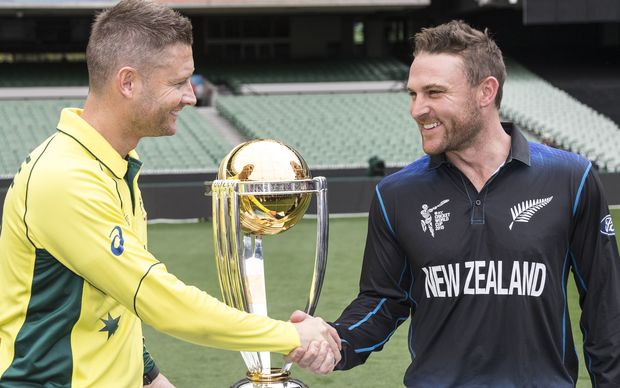 The Black Caps have got T'n'T. No, not the explosive stuff, but close to it. Trent Boult and Tim Southee, the best opening bowling combination in world cricket presently.

Boult is at the top of the World Cup wicket taking list on 21. He surpassed Geoff Allott as New Zealand's most successful bowler at a World Cup in the win over South Africa in the semi-finals.

But it is not just their individual ability, it's the way they complement each other. 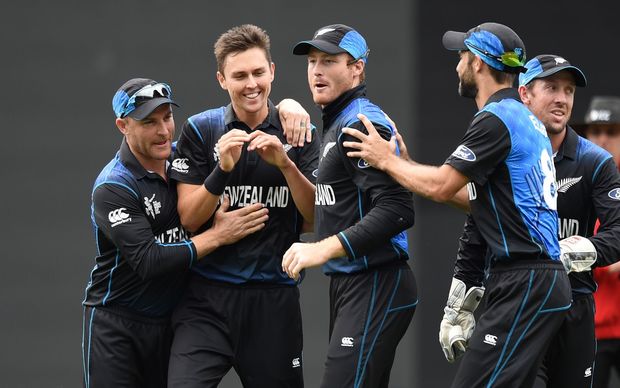 What a way it would be to send off New Zealand's most capped one day and test player Dan Vettori, 36, who is set to be playing his last match for the Black Caps.

The Australians have generally struggled to get his number. Don't be surprised to see them settle for playing him out and picking him off for runs, rather than trying to send him over the boundary. 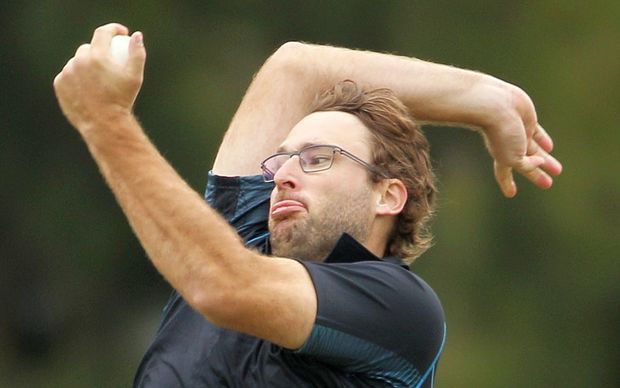 David Warner and Glenn Maxwell may be run machines for Australia but their attacking prowess also gives the opposition chances. The Black Caps' fielding will have to be a few notches up from their effort against South Africa where a couple of tough chances went down.

The Black Caps' sense of self belief and confidence is at an all time high and justifiably so. They haven't been relying on the big names to get them over the line - Grant Elliott's match-winning innings in the semi-final a case in point.

Many questioned his inclusion in the squad in the first place and his first baller against Australia in the pool match underscored that thought.

But that effort against South Africa proved his mettle in the innings of his life. 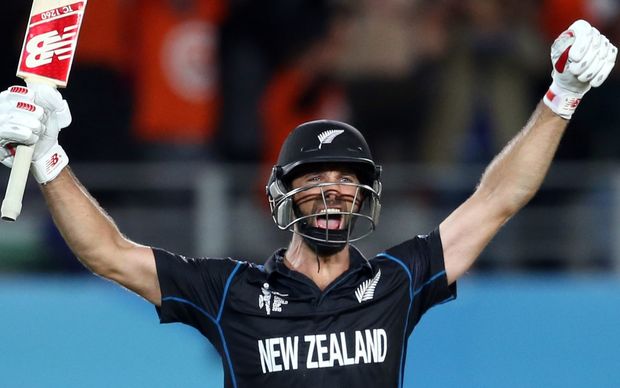 Grant Elliot celebrates the dramatic win. "I really did feel the pressure," he said after the match. Photo: AFP

Brendon McCullum, Kane Williamson and Ross Taylor - they've all played important innings to date at the tournament but arguably not match-winning ones.

McCullum will relish the cauldron-like atmosphere of the MCG and will be desperate to inspire his side by leading the charge from the front. There'll no change in approach from Baz - it's all or nothing or, to use Australian parlance, 'Sydney or the bush.' 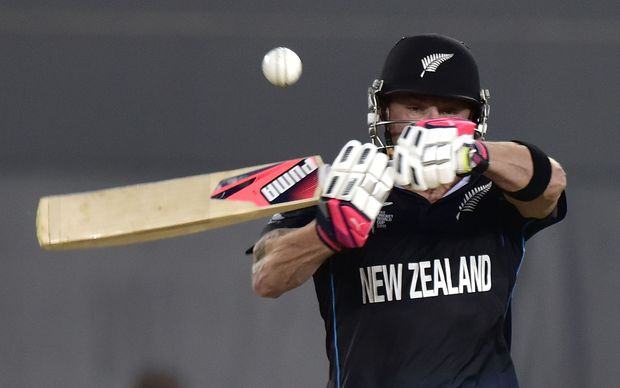 Counting against the Black Caps.

The MCG cauldron: the predictions are that this will be the biggest ever crowd at a cricket match, surpassing the touch over 91,000 who attended the first day of the 2013 Boxing Day test in Melbourne.

The atmosphere will be almost feral at times. Four tiers of stands crammed with Australians baying for their side to win. It is bound to have an effect on many in this Black Caps side who have never played a game here.

M & Ms: No, not the candy-coated sweets but Mitchell Starc and Mitchell Johnson. Starc has been the only outstanding Australian bowler at this tournament and sits just behind Boult on the wicket-taking list.

He was a handful for the Black Caps at Eden Park in pool play and will be again, although the ball is unlikely to swing as much in Melbourne. Mitchell Johnson will also be a handful, but does blow hot and cold. 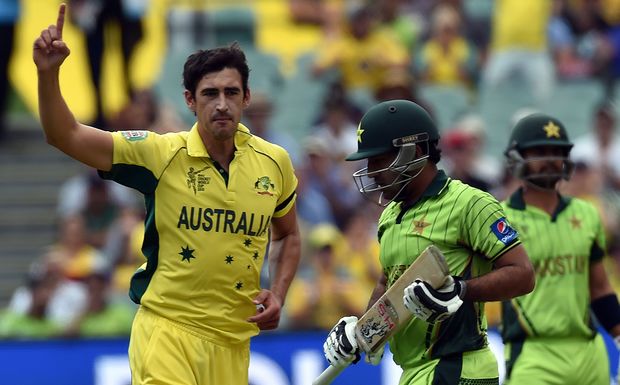 The win over the Australians in pool play could come back to bite them in the proverbial. Australia skipper Michael Clarke conceded that loss was a wake up call for his side and while the Australian superiority complex is evident ahead of the match, they won't be treating the Black Caps as lightly as they may have.

The Black Caps haven't generally performed well at the MCG. Of the 18 completed matches they have played against Australia at this ground, New Zealand has won just four. They did however win the last encounter played at the ground in 2009.

Kane Williamson's form is a concern. If the Black Caps are going to win this, he needs to spend a long time at the crease and anchor the NZ innings with a century. There doesn't need to be many boundaries in it as there's plenty of room for twos and threes but the Black Caps desperately need Williamson to perform.

A big talking point pre-match has been the size of the MCG boundaries, with a former Australia opener cheekily suggesting the Black Caps won't be able to reach them.

Yes, the boundaries are much bigger than Eden Park, and there won't be as many sixes, but the likes of McCullum, Guptill and Anderson have been sending the ball back many a row into the stands - remember Guptill's strike out of the Wellington Stadium on his way to a double century?

Another one of those and the Aussies will have to pick the ball out of the Yarra River.