The Law Commission is resuming its previous work on trial processes for sex offence cases in a move anti-sexual violence advocates say is long overdue. 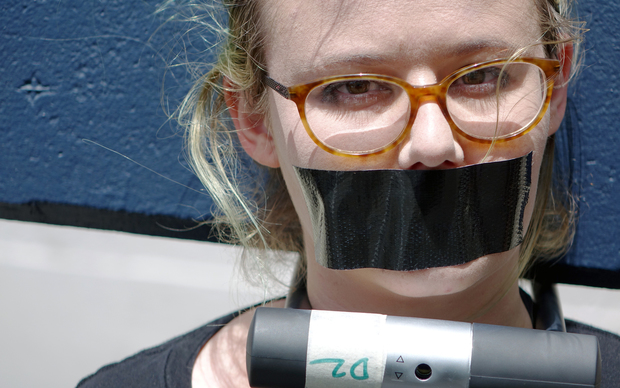 Tove Partington protests a police decision not to charge anyone over the so-called Roastbusters case. Photo: RNZ / Kim Baker Wilson

Justice Minister Amy Adams has asked the Law Commission to continue looking into ways to make it easier for sex abuse victims to give evidence in court. Her predecessor, Judith Collins, put a halt to the work in 2012.

Victoria University researcher Associate Professor Elisabeth McDonald said the sector had been looking forward to the work being finished for some time.

Prof McDonald said the sector had been looking forward to the work being finished for some time.

"I think it's overdue, it's very good news, it's a piece of work that I think the sector, in particular, was really looking for the work to be finished," she said.

"The commission, I think, has a really good profile as an independent research body."

She hoped the commission would look at the most recent research done in the field, so it was up-to-date, she said.

The commission in 2012 suggested reforms including allowing judges to limit questioning which could re-traumatise victims.

However, Ms Adams said she was ruling out reforms which would see the burden of proof fall on the defendant.

Rape Prevention Education head Kim McGregor said the move could be related to the so-called Roastbusters case, due to the huge public response and protests which followed it.

Ms Adams' announced her decision on White Ribbon Day today, which aims to raise awareness about violence against women.