A group of women who chained themselves to Auckland's central police station over the handling of an investigation into an alleged teenage sex ring have ended their protest. 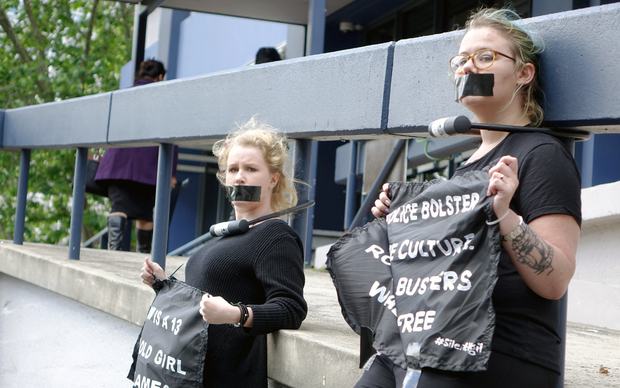 Four women locked themselves to railings today with bike locks and taped their mouths.

Spokesperson Genevieve Wilson said they were angry no one would be prosecuted over the case involving a group of young men who called themselves the "roastbusters".

They wanted a formal inquiry into the police treatment of the girls who came forward in the investigation and would protest until they got a satisfactory response.

However, they unchained themselves about 7pm after one became unwell; the woman had an ongoing medical condition and the group decided to end the protest to protect her health.

Ms Wilson said the silent protest was aimed at highlighting a lack of police accountability for the mishandling of complaints and showing solidarity with the girls involved.

The response from passers-by had mainly been positive, she said.

A police spokesperson said the women had a right to protest as long as they did not compromise anyone's safety.