The fact possible victims of a teenage sex ring could make a complaint at any time should serve as a deterrent to the young men at the centre of the allegations, a lawyer says.

The police yesterday announced they would not be laying charges in relation to the west Auckland group of 17 and 18-year-old youths who called themselves "Roastbusters" and boasted online about getting girls drunk and having sex with them.

During the investigation, 110 girls were spoken to, with five giving formal statements. However, a further 25 refused to give statements as they did not want to engage with police for fear of bullying and harassment by their peers, as well as the fear of being exposed in the media.

The police said the girls could make a complaint at an time in the future.

Wellington lawyer Nikki Pender said she had dealt with many women who felt more able to make a complaint about sexual assault when they were older.

"There is a sense of deterrence that goes with that, too, because these young men out there, they know 'well you might have got away with it for now but look over your shoulder because in years to come that may be a different story'," Ms Pender said. 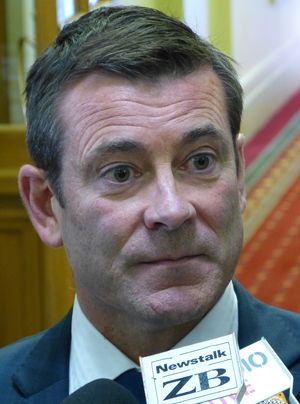 Police Minister Michael Woodhouse would not be drawn on the Police's actions during its investigation.

The police said early in the investigation no formal complaints had been lodged, when in fact one had. Another officer told media that they needed someone "brave" to come forward.

Mr Woodhouse said it was a complex investigation.

"I completely understand that people would be disappointed and angry at the decision not to prosecute but I also think the police have an obligation to make sure that they do have the welfare of the victims in mind when they undergo that investigation," he said.

"I also am aware that the doors are not closed to further consideration of charges if new information comes to light."

The Independent Police Conduct Authority's (IPCA) first report into the investigation, which was released earlier this year, found there was a systemic communication breakdown.

It found one detective knew a complaint had been laid but failed to clearly convey that to colleagues answering media questions.

IPCA chair Judge Sir David Carruthers said police did not deliberately mislead the media and no individual officer could be criticised but that the mistakes undermined public trust and confidence in the police.

The IPCA is also reviewing the investigation, and its findings on that will be released before Christmas.