Aucklanders will have to choose between a range of new motoring charges such as paying up to $2.80 for each motorway journey and more expensive petrol - or significantly worsening traffic congestion. 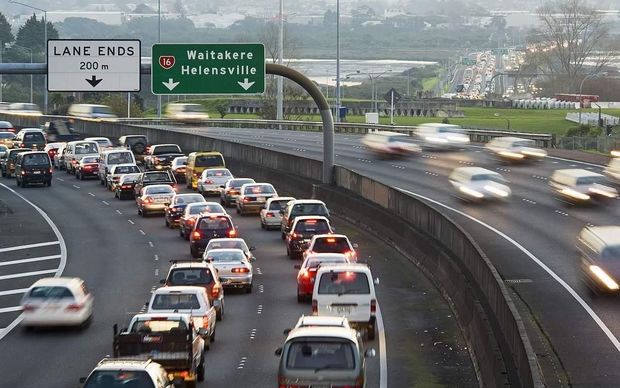 Motorists could pay $2.80 to use motorways in peak hours with lower charges off-peak. Another option is a flat day fee of $2. Photo: PHOTO NZ

A group advising the Auckland Council today unveiled two new funding options both forecast to cost households about $350 a year, unless they are prepared to live with sharply increasing gridlock.

The options are intended to plug a $12 billion shortfall in traditional funding for a list of transport projects which the council says is needed over the next 30 years.

The so-called Rates and Fuel Tax option would from 2016 add 1 percent a year to rising property rates, increase petrol prices by 1.2 cents a litre annually for the next nine years, and may toll new roads. The higher petrol tax would apply nationwide and fund transport nationwide.

The Motorway User Charge option from 2019 could mean motorists paying $2.80 to use the motorway system in peak hours, with lower charges off-peak and at no cost overnight. An alternative model includes a flat daytime fee of $2.

If Aucklanders reject both packages, the council says it will be able to finish some new projects including the City Rail Link over the next decade, but then few new investments will be possible.

The stark choices have been worked on this year by a multi-sector Independent Advisory Board, and Aucklanders will get to choose during consultation on the city's 10-year budget, due to be finalised mid-next year.

The board's report said the rates and tax option would be the simplest to introduce and manage, providing that the Government agreed, but the motorway charging regime would bring more benefits.

Raising rates and fuel taxes are viewed as hitting the lowest income households the hardest, while the charging regime would allow some to avoid costs by changing the time and route of journeys.

The forthcoming debate signals Auckland's second attempt at creating new forms of transport funding. A regional fuel tax was agreed by the Helen Clark Labour-led Government and catered for in new legislation, but this was overturned by the incoming 2008 National Government. 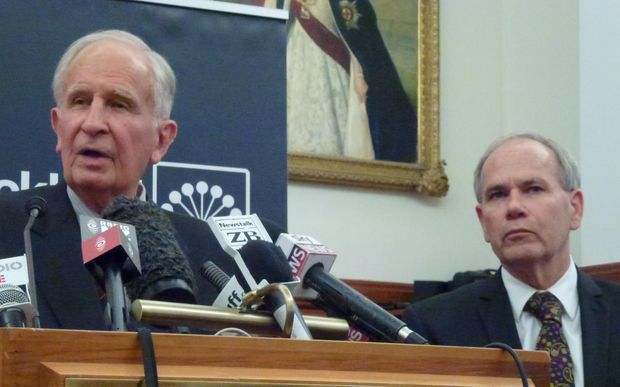 Warning city will grind to a halt

Aucklanders were warned of dire traffic consequences without proposed new funding from options such as motorway user charges.

The chairperson of the advisory board, Stewart Milne, agreed that new charges or higher property rates would hurt some, but said traditional funding would not fix Auckland's problems.

"The option is if the money is not now raised, Auckland is going to grind to a halt - more so than now, much more so. And all the modelling that we saw convinced us that this extra money is needed." 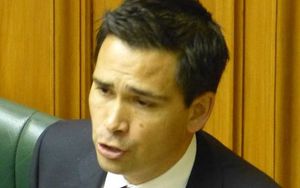 Transport Minister Simon Bridges said while the Auckland Council was welcome to have a debate about how to fund its future transport needs, the Government was sceptical about the options on the table.

Mr Bridges today questioned whether the proposed charges would alleviate traffic congestion, and whether they represent good value for money for Auckland ratepayers.

"There's questioning about the value of money of the projects being proposed, the configuration of them, and actually whether they're going to in substance turrn the dial on the issue of congestion and make a difference to Aucklanders in that regard."

He said Aucklanders need to have a very clear sense about what results they would be getting and how much more they are prepared to pay for transport infrastructure.

The minister told Checkpoint while rates were a matter for the council, the Government did not support new taxes, or raising the national tax for the benefit of one region, in relation to the option of a fuel tax for drivers using the motorway network.

Mr Bridges said the Government was not at all convinced by the motorway charge, adding it was important to note the Auckland motorway system had been built by taxpayers, so any revenue raised from it belonged to the taxpayer.

However, Auckland Mayor Len Brown said Aucklanders did not want the status quo and were ready to talk about fixing the city's transport problem.

Mr Brown said he wanted the Government to wait and hear the views of Aucklanders before it decided how viable the ideas were.

"The one thing that Aucklanders do not want is the status quo. We're living in it now. We've been living in it for the last 60 years.

"They know that we've under-invested in it. They also understand there's a price to pay I think they're ready at least for the debate."