The Auckland Council is poised to approve the sale of a public square near the city's waterfront to kick start new harbour edge developments over the next decade. 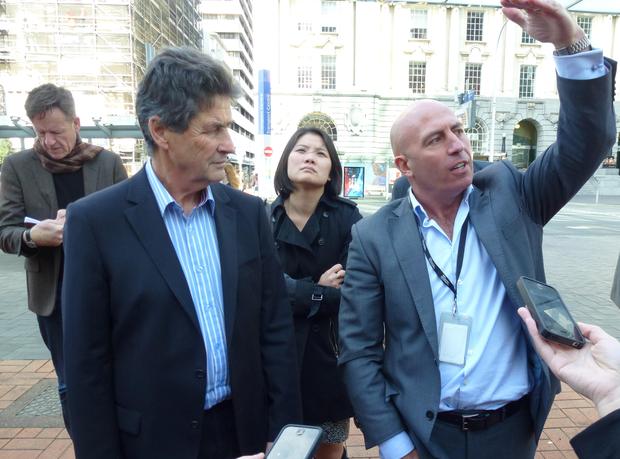 Precinct Properties, which owns buildings adjacent to Queen Elizabeth Square, wants to buy the space for a major redevelopment, and city officials say they would be happy to see it go.

The 2000 square metre courtyard is in a prime location but is largely in the shade of the adjacent HSBC building and has long been criticised as cold and unpleasant.

"For most of the day the entire square is in shade, and you'll notice no one sitting there unless they are having a cigarette," observed the council's urban design champion Ludo Campbell-Reid, as he took media on a tour of the area on the eve of today's vote.

"Everyone is sitting over there where the sunshine is," he said, pointing to the Britomart Transport Centre opposite.

Precinct Properties owns all the buildings on three sides of the square and wants to buy the space.

It plans a major redevelopment, and has offered to include construction of part of the downtown rail tunnel which will pass under the site. 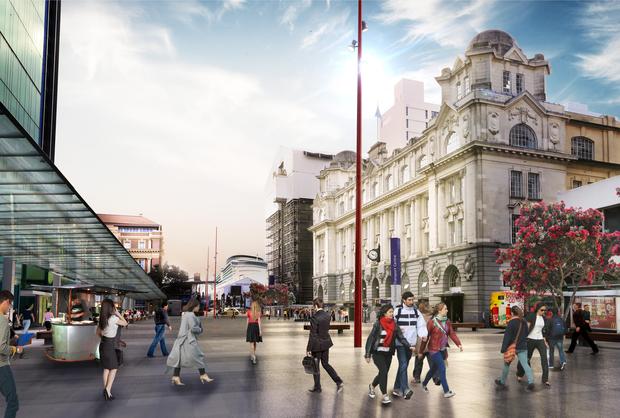 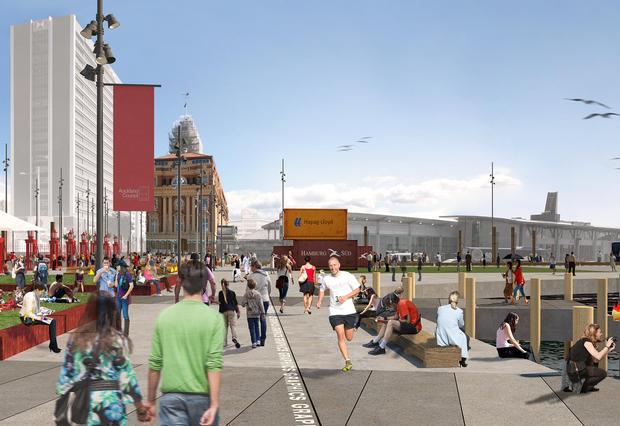 Change here is certain, regardless of whether the council sells. The council hopes to start construction of the rail tunnel when Precinct's work begins late next year and the square would be closed for two years.

Two consultants' reports support taking the undisclosed proceeds of a sale if developing new public space nearby on the waterfront is a better option.

Rick Walden heads the council's city centre integration group, which is overseeing up to 16 projects in the downtown area planned over the next decade, and says the square is an important decision.

"If we don't make it now, we'll lose the opportunity as Precinct moves forward, and may lose opportunities to make east-west linkages through the site that could be important," he said.

The square sits in the centre of other redevelopment plans, a new bus terminal in nearby Lower Albert Street and expanded public spaces at the water's edge either side of the Ferry Building.

A minority of councillors in May opposed a decision in principle to sell the square to Precinct.

Reports by urban design consultants will be considered today by the council's development committee before a new vote.

One opponent, councillor Mike Lee, remains unconvinced, saying the square is too valuable for the council to lose control of.