A development including up to 600 homes and apartments is to be built near Auckland's downtown waterfront. 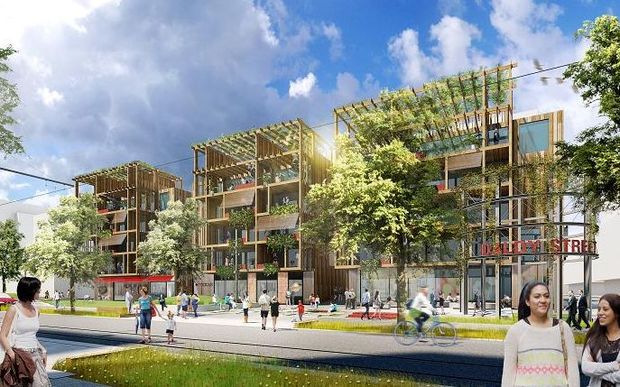 A development including up to six hundred homes and apartments is to be built near Auckland's waterfront. Photo: Supplied

Council-owned agency Waterfront Auckland said the homes will be in Wynyard Quarter, which is redeveloped former commercial and industrial land near the harbour's edge.

A mix of apartments, townhouses and duplexes will be built over eight to 10 years with sales beginning at the end of this year.

The developers, Willis Bond and Co, have won the right to build the homes, which will have to meet a Homestar rating of seven, including solar power and solar water heating.