One of the toughest debates facing Aucklanders begins later this morning, when a range of possible new charges will be unveiled to help pay for future transport projects.

Aucklanders are likely to be asked to choose between higher rates, higher petrol prices, new charges for using major roads - or do nothing and face rapidly worsening congestion. 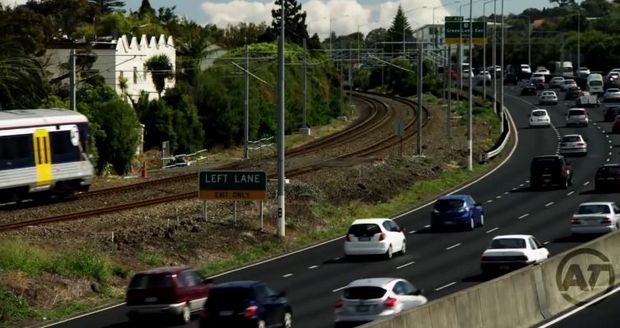 Auckland has to find billions of dollars of funding for transport projects. Photo: AUCKLAND TRANSPORT

The findings of an advisory board commissioned by Auckland Council are likely to confront not only Aucklanders, but also the Government.

New funding streams are intended to plug a $12 billion gap in a list of transport projects planned for the next 30 years, as Auckland soaks up two-thirds of the country's population increase.

Auckland Council has already laid out the first tough choice showing what can be afforded by the traditional sources of transport funding and the additional projects that new streams of money would allow.

Both lists include the $2.4 billion City Rail Link, but what is described as the Basic Network provides for little new investment once existing projects are finished this decade.

The Auckland Plan Network adds a purpose-built busway on the Northwestern motorway, additional electric trains and new rail lines including one to the airport.

The debate will run until almost mid-next year as part of the council's Long Term Plan consultation on its next 10-year budget.

The multi-sector Independent Advisory Board has been working out the costs and benefits of two approaches signalled last year.

One was based on increasing the burden of existing sources such as property rates and fuel taxes, while the other was built around some form charging to use certain roads.

The Government has so far been publicly cool on the notion of higher fuel taxes or charges such as a fee to use the existing motorway network in Auckland.