Diane Pakau will juggle being a mother to her five children and serving a sentence of 140 hours community work while her husband - a former police officer - serves a lengthy jail sentence. 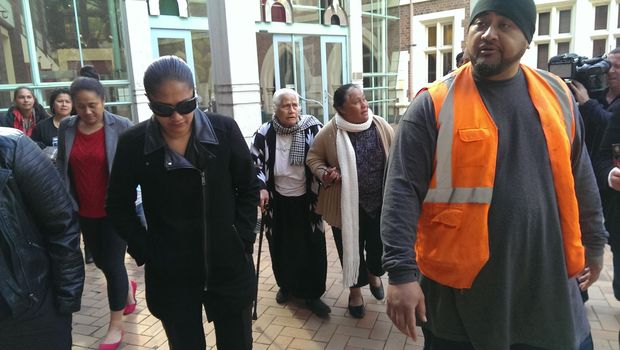 Pakau was sentenced at the Auckland District Court today after earlier pleading guilty to receiving drug money from her husband Peter.

A Probation officer told the court that he had recently interviewed Pakau and said she was trying to keep the family together.

He said the 34 year-old had a background in counselling and was going to have to pick up the pieces once her husband was sentenced.

Her lawyer David Reece said the responsibility of looking after the couple's five children, all under the age of 18, will fall to her because its inevitable her husband will go to jail.

He said the fallout from the police investigation will have a long-lasting effect on the Pakau family.

In sentencing, Judge Bill Hastings told Pakau her offending facilitated police corruption and helped to get a highly-addictive and destructive drug into the community.

He said Pakau's husband Peter had been a constable with the Henderson police, but was effectively on both sides of the law.

The court heard how Peter Pakau was also involved in manufacturing and supplying methamphetamine.

One day in April last year, Diane Pakau met up with her husband during the day.

He pulled up in a police car and handed her $400, telling her the money was an upfront payment for a drug deal.

Judge Hastings told the court Diane Pakau knew where the money had come from and she personally gained from the drug dealing.

He did take time off for her lack of previous offending and her early guilty plea.

She was not the only member of the Pakau family to appear in court this week.

Peter Pakau appeared at the High Court in Auckland on Wednesday where he pleaded guilty to a raft of charges.

They included illegally accessing the police intelligence computer, tipping a man off about a search warrant, accepting a bribe and defeating the course of justice by misleading probation officers.

He would go on trial on Monday and instead will be sentenced next month.