The largest group of men ever to leave New Zealand to fight overseas left from Wellington on this day 100 years ago to take part in World War I. 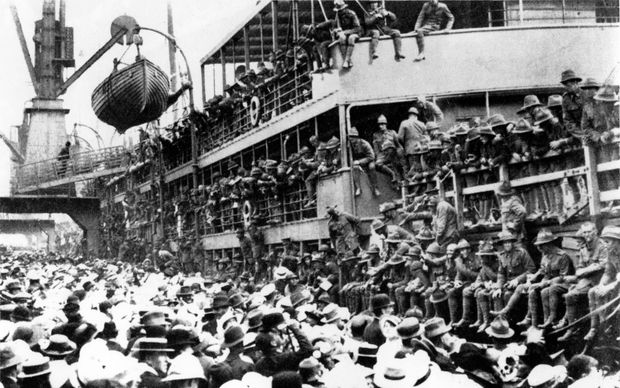 The main body, as it was called, of the New Zealand Expeditionary Force sailed on board 10 troop ships in 1914.

Most thought their final destination was Europe - but to their surprise they ended up in Egypt, arriving on 3 December and establishing a camp at Zeitoun, near Cairo.

Some 8454 men and 3000 horses were loaded aboard the ships. Most the troops were volunteers and some even brought their own horses.

The men had been in camp training up until embarkation.

"They were in the peak of physical condition and they were mostly six feet tall. There has never been anything like the main body," said Ena Ryan, a six-year-old girl in Wellington at the time. 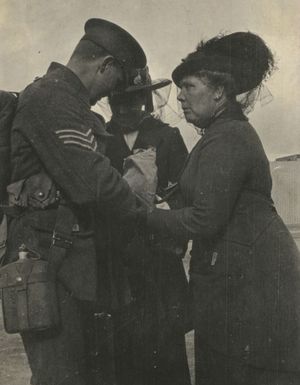 "The ships pulled out into the stream and by the time we got home you could perhaps see the troops ships through a gap in the hills, you could see it over beyond Government House and through the binoculars you could see it sort of lifting to the swell from Cook Strait and then they were gone. That was it."

The loading of the ships was a complicated operation but it went relatively smoothy.

Gavin McLean, a senior historian at the Ministry for Culture and Heritage, said they sailed about three weeks later than was planned, due to a German Navy cruiser squadron known to be operating in the Pacific. "There was a last-minute panic."

Mr McLean said Australia's Governor-General, Sir Ronald Ferguson, telegraphed to New Zealand Governor, Lord Liverpool, (about the German threat) and Prime Minister William Massey pulled the plug. He told the Admiralty a more powerful escort had to be sent, and they waited in New Zealand until it arrived.

Mr McLean said the 10 troop ships and their naval escorts sailed out very early in the morning unannounced.

"They were still worried about the German cruisers but a lot of Wellingtonians were looking out, and there are accounts in newspapers of people rushing to the headlands to see the ships as they finally departed the harbour.

"It would have been a wonderful scene because you are dealing with four warships, and 10 transports, all coal burning and there would have been smoke all the way across the harbour." 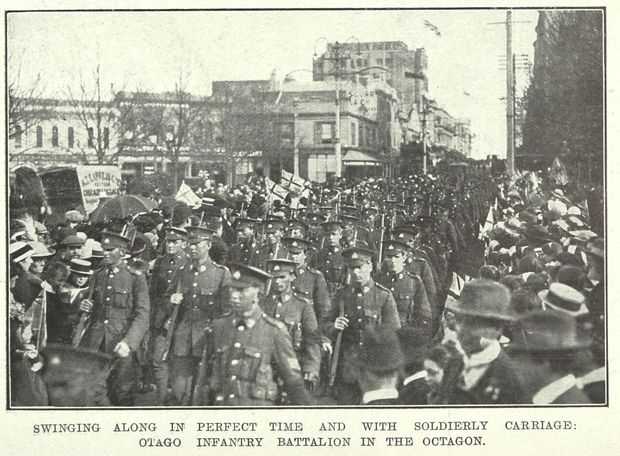 Major General Sir Andrew Russell, who went on to command the New Zealand forces, sailed with the main body, and in 1947 reflected on the first expeditionary force.

"It may be honestly said that no body of men who left these shores had a higher morale, as it is called, than these volunteers. They set a standard which succeeding reinforcements quickly made their own," he said.

The departure of more than 8000 men from a country with a population of about one million at the time was significant.

Historian Gavin McLean said the common perception that the war would be over by Christmas was not held by all.

"Anyone with some experience and an understanding of the increase in technology would have thought it would go on for a bit longer than that, given that the German and the Austro-Hungarians were both very impressive empires. This was not a sort of South African war experience," he said.

Sir Andrew Russell pondered the question of what led the young men of New Zealand to offer themselves, asking whether it was patriotism or a spirit of adventure?

He decided it was probably both. 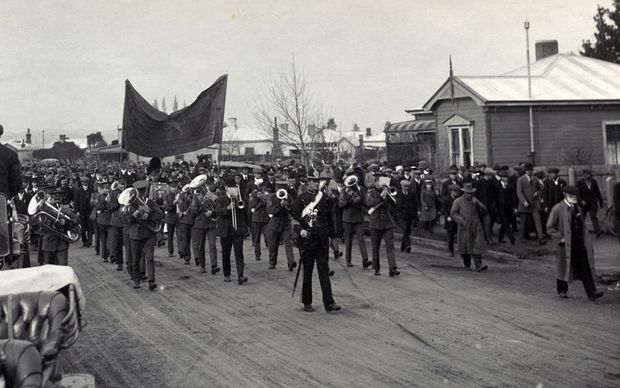