The Prince of Wales and British Prime Minister David Cameron are attending a service in Glasgow, while the Duke and Duchess of Cambridge are in Belgium with many heads of state. 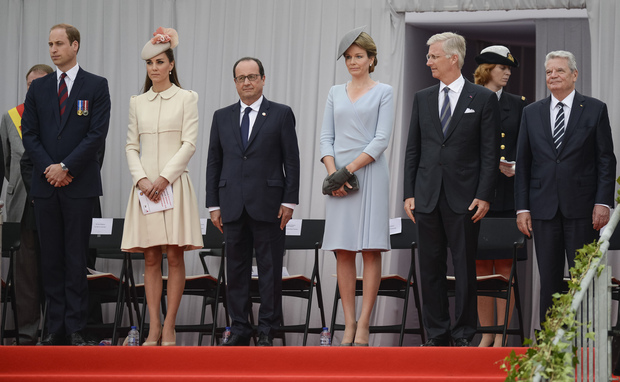 In the United Kingdom, buildings from Downing Street to the Blackpool Tower would turn lights off from 10pm (BST) to mark the centenary.

The public can join the switch-off ending at 11pm - the time Britain declared war on Germany in 1914, the BBC reports.

About 17 million soldiers and civilians were killed between 1914 and 1918.

The day's events began in Liege, where 50 heads of state gathered for a service to mark the invasion of Belgium.

French President Francois Hollande said the country had been the first battleground of WWI and had offered "solid resistance" in Liege. "Deadly days" followed when French and British soldiers joined the fight, he added. Prince William also spoke at the ceremony.

The service at Glasgow Cathedral heard from a number of Commonwealth figures. Prince Charles, Mr Cameron and First Minister Alex Salmond were among 1400 guests there, including military and political figures.

At Westminster Abbey, in the evening, the last moments of peace before the British Empire entered the war would be reflected upon during a candlelit vigil.

Elsewhere, 888,246 ceramic poppies are being placed in the dry moat at the Tower of London, one for each soldier who died fighting for Britain and its colonies in the war.

The Queen will not attend any of the major ceremonies, but will pay her respects at a service in Crathie Kirk near Balmoral in Scotland. The Duke of Edinburgh will attend a ceremony at Sandringham Church in Norfolk.

On Sunday, the French and German presidents commemorated the 100th anniversary of Germany's declaration of war on France on 3 August 1914. 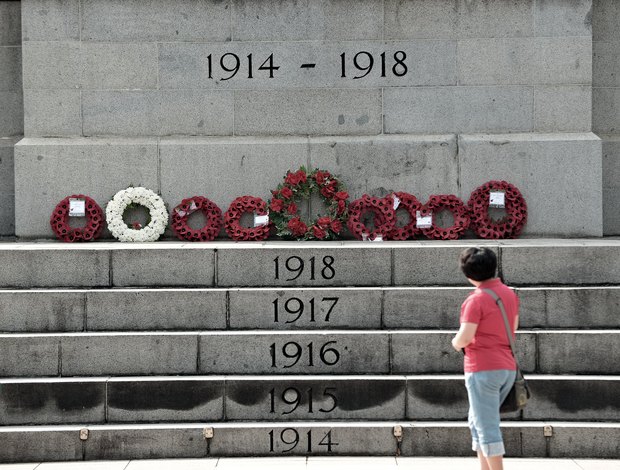 In Singapore, wreaths were placed on the Cenotaph, built in memory of the British soldiers who gave their lives. Photo: AFP