Coastwatchers who were executed in the Pacific during World War II are to be honoured in Wellington today with the unveiling of a memorial wall.

On 15 October 1942, 17 New Zealanders - 10 soldiers and seven Post and Telegraph radio operators - were rounded up by the Japanese in the Northern Gilbert Islands (now known as Kiribati) and killed. Six other civilians were also executed. 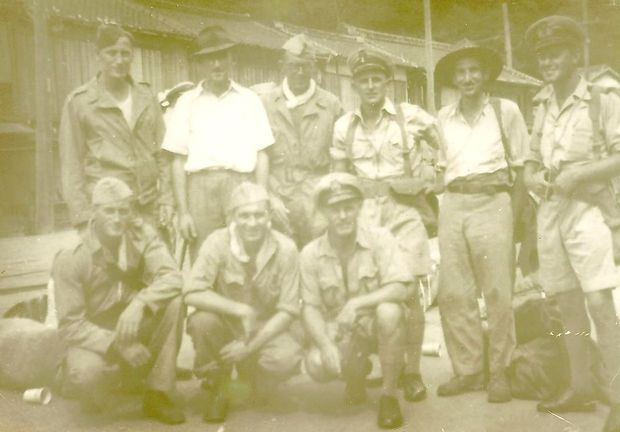 The Coastguarders at Zentsuji prisoner of war camp in Yokohama. Photo: SUPPLIED

John Jones, 94, from Auckland is the only surviving Coastwatcher. He, along with six others, were captured by the Japanese early in the war in December 1941, only three days after Pearl Harbour. 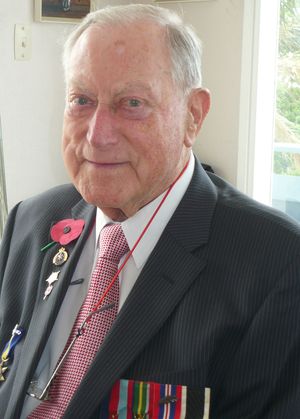 Before being captured by the Japanese, radio operator John Jones destroyed the equipment and codes. Photo: RNZ / Andrew McRae

They were taken to Japan and interned in the Zentsuji Camp in Yokohama, where they remained for the rest of the war - a total of three years and nine months.

Mr Jones worked for the then Post and Telegraph Department and volunteered like all Coastwatchers to go into the Pacific.

Coastwatchers were scattered as far afield as Pitcairn Island and also served around the coast of New Zealand. Their job was to report sightings of any enemy ships or aircraft.

Grant Hays, from the National Army Museum, said their contribution to the war effort was immense, as New Zealand troop ships heading to the Middle East all went through the Pacific.

"It was the main reason these guys were out there, to give as much protection to our ships and aircraft as they could by being early warning systems."

John Jones said their role was to radio in reports seven times a day. "I could not leave my post because it was seven days a week and every (reporting) schedule had to be fulfilled." 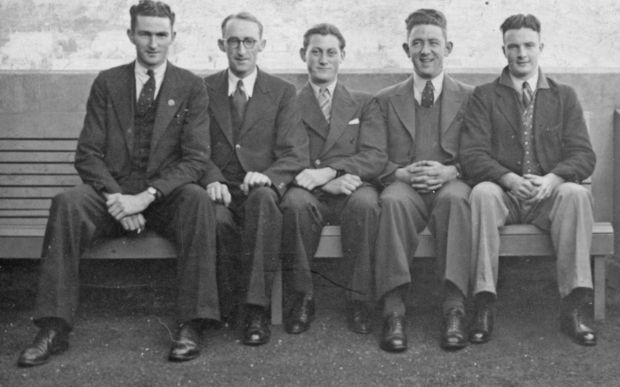 Mr Jones said it came as no surprise when the Japanese came, as there were two Japanese families living in the area and they reported Allied movements to Japanese forces, who also had radio tracking devices.

Before being captured by the Japanese navy, Mr Jones destroyed the radio equipment and codes. He remembers his last transmission well: "The Japanese are landing now and all the best to everyone, or something like that."

A year later, in 1942 when the Japanese returned to the Gilbert Islands the other Coastwatchers left were rounded up, and their fate came fast. 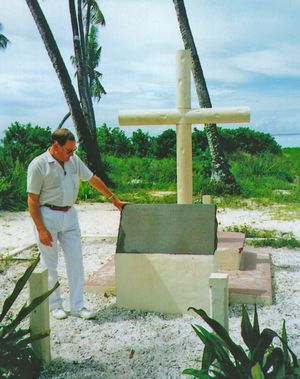 John Jones at a memorial on Kiribati. Photo: SUPPLIED

Pacific War historian Bruce Petty said the US cruiser Portland shelled the Tarawa Atoll the Coastwatchers were being held on and float planes from the ship attacked Japanese vessels in the lagoon.

"As a result, in retaliation the Japanese took out the 23 men and decapitated them one at a time. Their torsos were buried in one pit and their heads supposedly in another pit."

Mr Petty said island residents who witnessed the executions told US Marines later of the killings.

New Zealand Post, a successor to the then Post and Telegraph Office, has constructed the memorial at its Wellington headquarters on Waterloo Quay 72 years later.

Chief executive Brian Roche said it is fitting to have a permanent reminder of the sacrifices made by the Coastwatchers.

"It reflects the fact that they were civilians and volunteers and they went there and served their country with distinction and many of them lost their lives in very brutal circumstances."

The memorial wall, which will be 30-metres long when completed, will be unveiled by John Jones and Governor-General Sir Jerry Mateparae. 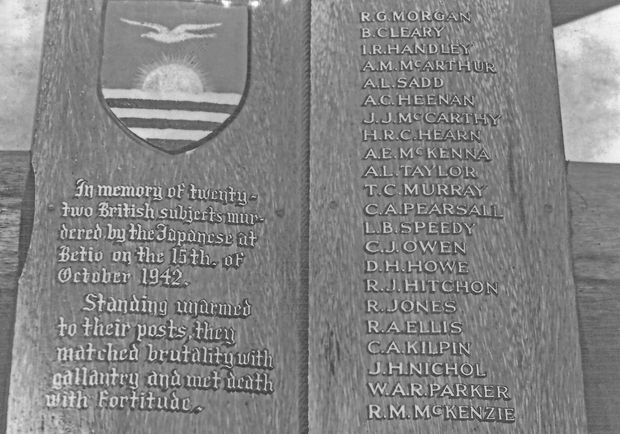 A memorial on Kiribati. Photo: SUPPLIED