Twenty years ago many would have described South Auckland as a tagger's paradise, but now the region is home to an array of stunning murals and brilliant graffiti art. And it's primarily thanks to the Manukau Beautification Trust. 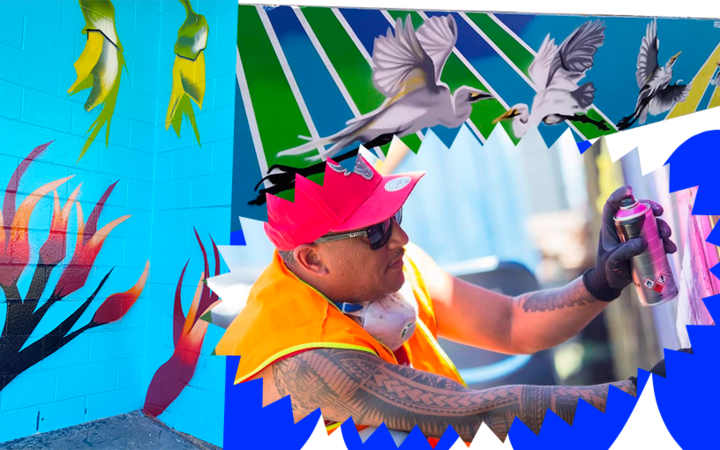 This December marks the 20th anniversary of the Manukau Beautification Trust. Photo: Supplied, with additional design by Tina Tiller

In 1997, the St Elizabeth's Anglican Church youth group wanted to clean up its Clendon neighbourhood.

Every Saturday they would go out and get rid of as much graffiti as they could, but by Monday it would all be back again. Reverend Mark Beale says he would quietly go back out and re-apply the paint "so they wouldn't get too disheartened".

Up the road in Māngere, the issues with graffiti were just as bad. Alf Filipaina, well before his entry into politics, was the area's community constable. Filipaina, now an Auckland councillor, said the issue was at its worst during the late 1980s and 90s.

"It really was the pits," he said of his time patrolling the streets of South Auckland. "It was on power poles, fences, shops, buildings - everywhere." 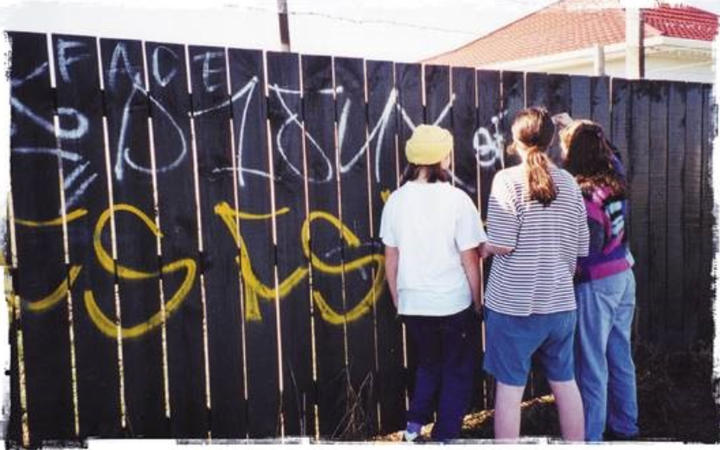 By 2001, Manukau City Council was spending close to $1 million a year trying to keep a lid on the issue of graffiti, but nothing seemed to make a difference. That changed when Beale and Manukau City mayor Sir Barry Curtis teamed up to start the Manukau Beautification Trust, a charity focused on fixing the issue. Beale said seeing the difference the trust has made exactly two decades on is "amazing".

"It has just exploded," he said, marvelling that it all "started off with a little youth group who were tidying up around Clendon".

While the odd scrawl or side-alley defacement still crops up, Filipaina believes South Auckland looks discernibly better these days. "They have been so crucial in lifting the pride in our area," Filipaina said of the trust, which continues to be contracted to clean any graffiti in Auckland Council's southern local board areas.

"But they are not only a graffiti removal organisation - they do so much for our kids, they work in schools, clean up streams and run the Eye on Nature events," he said. Eye on Nature is a programme of activities and lessons that raise awareness among children about environmental care.

Beale said the trust experienced a number of teething issues when it first launched, with vigilante-minded locals wanting to use the trust to "start a war against taggers", while some council staff tried to use the new charity to prop up existing bureaucratic processes. But over time, using overseas models as examples, Beale began using more local people rather than council staff, and taking an empowering approach rather than a punitive one.

"We changed the emphasis from being anti-graffiti to an emphasis on removal and education. We didn't give a lot of focus on enforcement because I felt that was a negative approach." 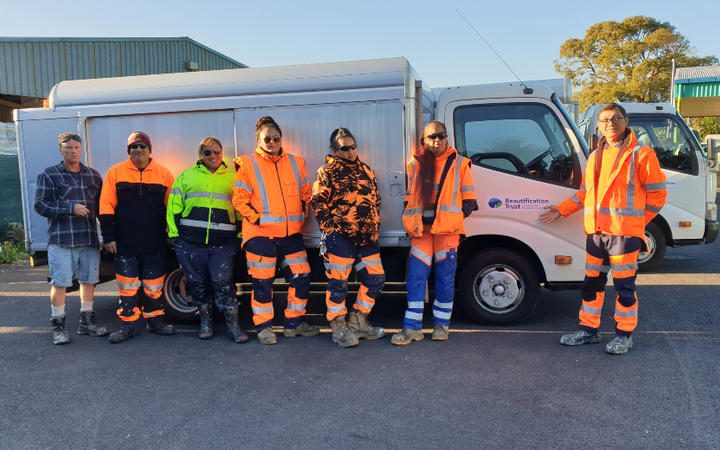 Around this time, a similar programme was being run in Auckland City which was more focused on identifying and convicting perpetrators. But Beale said the trust's approach "proved to be much more effective".

"The vans went out at about four-thirty or five in the morning, so if graffiti was done overnight it was gone by the morning and so graffiti lost its credibility and esteem," he said. "And then through the education programmes we encouraged mural painting and the rationale behind that was to give youth a sense of ownership of their environment."

Another key initiative of the trust has been employing ex-taggers to run its workshops and lead art projects. One such reformed tagger is Pascal Atiga-Bridger. He said his mates have a "little giggle" to themselves when they hear he's now cleaning up graffiti and creating street-front murals, given his history.

"Tagging was just a thing I did at school, it was a trend I was following, and you got an adrenaline buzz out of it, knowing you were doing something you shouldn't be doing. So it is a bit ironic that I've come full circle and now I get paid [to paint murals]." 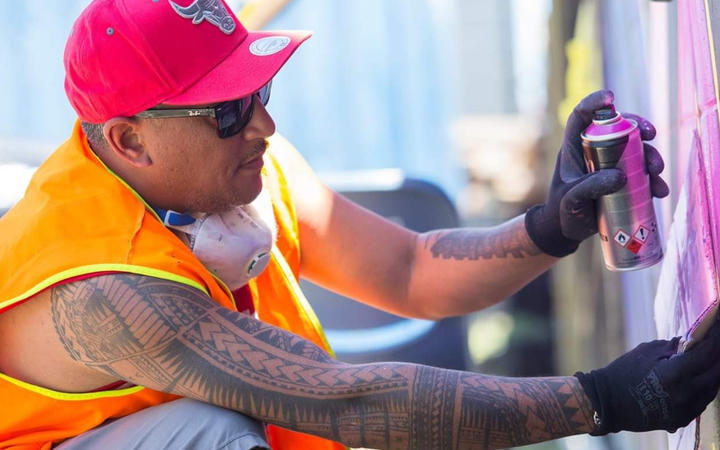 Atiga-Bridger was fortunate to never be caught by police during his tagging years. He said it took him a number of years to return to his first love, art, enrolling in tertiary study in the subject at 39.

"I always wanted to go to art school, but not having the funds to, meant I just got a normal nine-to-five to pay the bills. But it became just like groundhog day - and you start to feel, especially as a creative person, there's got to be something more you can offer the world."

After completing a visual arts degree at the Manukau Institute of Technology, Atiga-Bridger began painting murals and eventually secured a job at the trust.

His workshops aim to get high school students who are interested in art but might be at a "crossroads" in life to consider a creative industry career, rather than the circuitous route Aitiga-Bridger took. 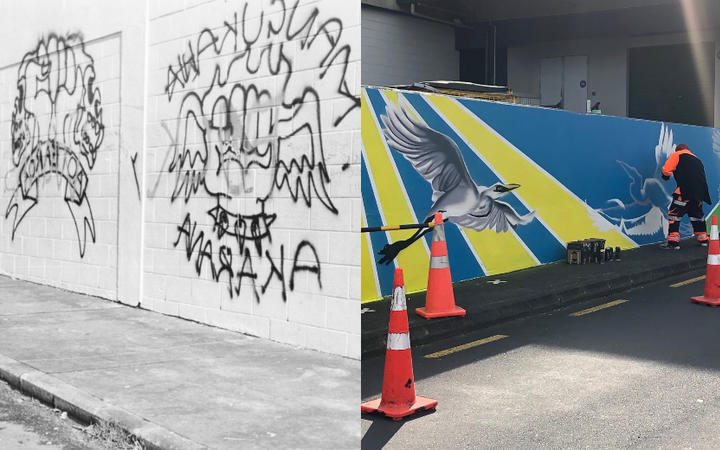 Along with showing how to create new employment pathways, Beale believes lessons can be learnt from the trust's success in dealing with issues like suicide and youth crime.

"The two big things that have to exist in any initiative are that you have to be positive and optimistic, and the second thing is that you have to involve the community," he said. "The biggest problem we have in our society is that we expect governments and councils to be the solutions to everything and they're not.

"When Manukau City Council tried to solve graffiti it went nowhere, but when it formed a charitable trust it took off, because we didn't take a bureaucratic solution to the problem."

Twenty years on, Filipaina has swapped the patrol car for a normal sedan. But when he drives back from another long council meeting, instead of graffiti, he sees bus stops depicting tui in mid-flight, bright flowers blooming on a Chorus power cabinet and murals showcasing sporting legends like John Walker, David Tua and Jonah Lomu.

And he can't help reflecting that the changes instituted by the trust have almost been miraculous: "they really have been a godsend."