The council chief executive who was caught on camera ripping down a protest publicity poster has resigned, effective immediately. 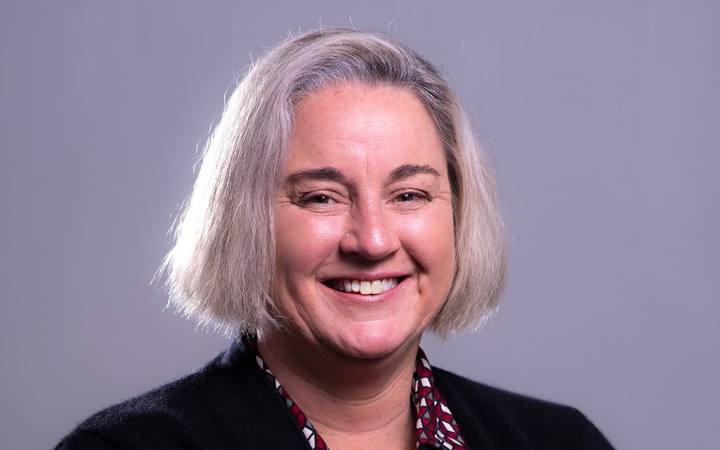 Masterton District Council chief executive Kath Ross apologised in June after she was caught on CCTV tearing down the poster for the Hands Around the Town Hall protest, where more than 1000 people took a stand against the council's proposed new civic centre.

Last month, she stood down from chief executive duties and began work on special projects.

It comes after public scrutiny of Ross' handling of criticism and controversy surrounding the $30 million civic centre project.

This was one of the major projects in Masterton District Council's [MDC] Long-Term Plan [LTP].

At the time of the poster incident, Ross said she had "reacted poorly".

She has been in the chief executive role for three years and previously worked in senior roles across local government and the public sector.

When asked for a reason behind the resignation, Patterson said Ross had wanted to enable the council to focus on the key initiatives in the LTP.

"Kath led the council through many challenges during her time as chief executive, including the council's response to the first wave of Covid-19," Patterson said.

"We wish her well in her future endeavours."

A Masterton District Council spokesperson said council assets and operations manager David Hopman would continue to act in the role until a new chief executive was appointed.

For the past month, Hopman had been acting in Ross' place while she undertook work on the Future of Local Government Review.

Hopman has worked for MDC since 2008 and is responsible for the council's major operational and infrastructural assets.

Patterson was confident the council would continue to be well supported by Hopman until a new chief executive was appointed.

He had considerable experience in the three waters area, and led the Wairarapa Emergency Operations Centre during last year's Covid-19 lockdowns.

Lyn Riley, of the Masterton Ratepayers and Residents group, said while unscheduled resignations were "never ideal", it was an opportunity for a fresh start.

"This is an opportunity to engage with a new CEO who needs to bring strong communication skills, build trust and engage with stakeholders, and provide more than lip service to the ratepayers and residents of Masterton.

"We hope this might be a fresh start under new management where we can revisit the Long Term Plan with some realistic optimism that is affordable for our community.

"We would like to see community representation in the new CEO appointment process and we would welcome the opportunity to be part of that process."

The group was instrumental in organising the Hands Around the Town Hall protest in June.

"The CEO of MDC has been a prime mover and shaker supporting the proposed $30m investment in an unjustified and unaffordable new civic centre location," Harrison said.

He suggested this was an opportunity for councillors to review the LTP decision and halt progress on the civic centre project "until they have a mandate from the community to proceed".

Masterton councillors voted six to five in June to go ahead with its civic centre plans, but was scant on details about what the facility would look like or where it would be placed.

"MAG would anticipate and hope that a new CEO will listen to its stakeholders - ratepayers and residents - and focus on openness, honesty, and transparency in his/her management of Masterton's infrastructure and operations, something not a feature of the departing CEO's management style," Harrison said.