Masterton locals turned out in force to back a bid to save the town hall today. 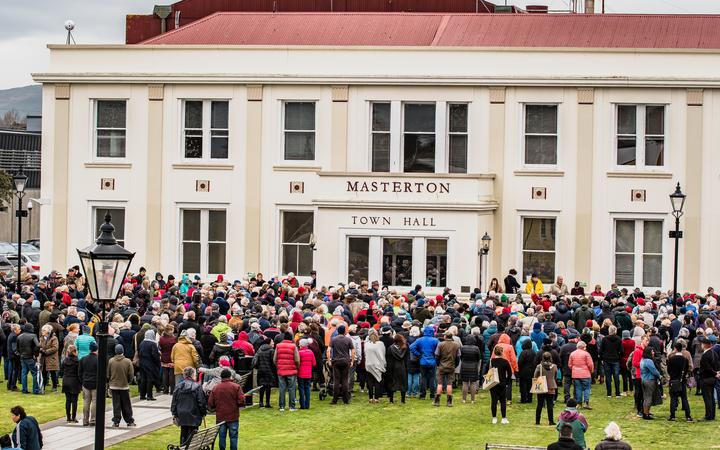 The building could be transformed into one of the most beautiful civic centres in the country, a campaigner says. Photo: LDR / Wairarapa Times Age / Jade Cvetkov

Hundreds of Wairarapa folk circled the town's municipal buildings in a show of support for the century-old structures.

The project leaves the future of the much-loved municipal complex in doubt. In some shape or form, council offices have been on the same piece of land since the 1870s.

Organisers estimated that about 1200 people heard from speakers George Groombridge, Warwick Delmonte, and Amanda Lynn before flanking the structures.

Veteran campaigner Groombridge organised the Hands Around The Hospital movement in 1991, which yesterday's demonstration echoed. 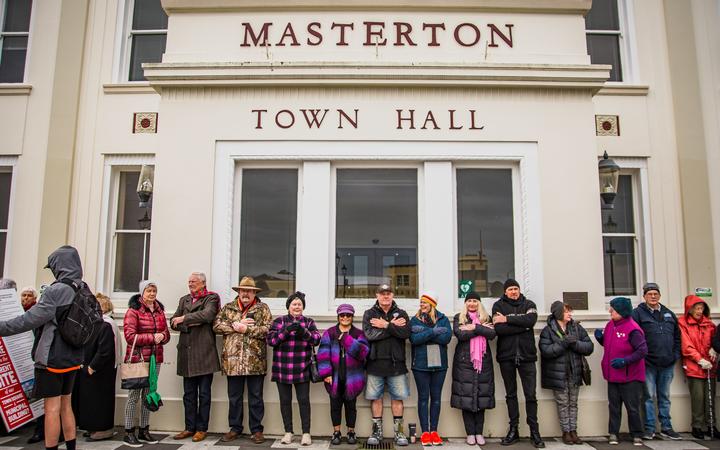 The 93-year-old, a former plumber who often worked in the buildings, paid tribute to those in attendance.

His thanks to the "genuine Masterton people" earned a round of applause from the hundreds in the Town Square.

His initiative also earned a toot of approval from a passing logging truck. 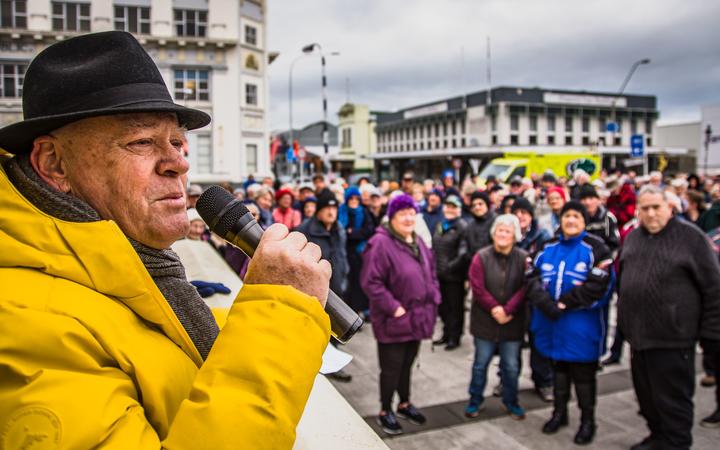 Delmonte, a spokesperson for Masterton Action Group, which has supported the redevelopment of the existing site, referred to Masterton District Council chief executive Kath Ross. She was caught on CCTV tearing down one of the group's promotional posters.

"We simply don't know. And that is at the heart of so much contention or the last few months.

"We don't know what is going on. What we do know is that this building could be transformed into one of the most striking, unique, stunning, and beautiful civic centres in the country."

The crowd then circled the buildings, standing side by side, reflecting the times rather than the human chain of 1991 occasion.