Kāwhia residents have shelved their hospitality towards visitors and holiday homeowners during lockdown. 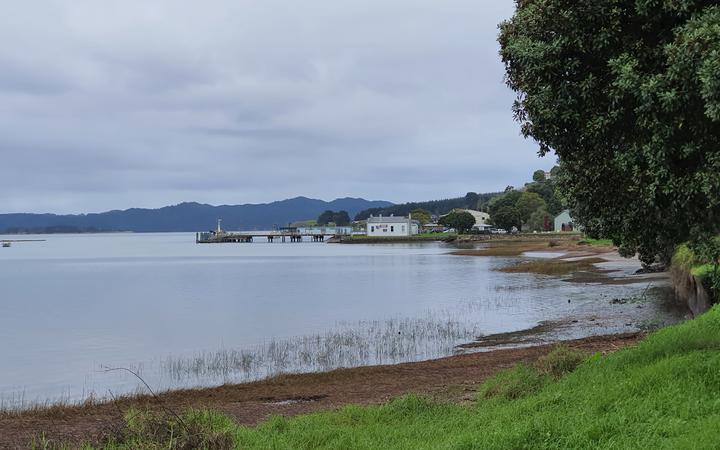 Lockdown visitors are not welcome in Kāwhia. Photo: LDR / KCN

During winter the isolated seaside community is normally quiet, and the many holiday homes are empty.

But not since the level 4 lockdown was announced last Tuesday, and community Facebook pages are posting hostile comments towards lockdown visitors in the township.

"We seem to have been completely forgotten by the authorities, and overruled by the ignorant and arrogant bach owners," Kāwhia Community Board chair Dave Walsh said.

The town has loads of visitors Walsh said.

He went for a walk and met people he had never seen before in his life.

"We are getting besieged by people turning up here," he said.

"Our toilet cleaner went out to the Ocean Beach carpark the other day and saw two carloads of [people we don't normally see here].

"People are coming out to mow their lawns, and go home again."

Police were stopping traffic on Awakino Road, Te Kūiti the other day, but nothing in Kāwhia he said.

Dave said he spoke against putting up a roadblock on the single road into Kāwhia, and to leave policing visitors to the police and civil defence, but nothing happened.

"It's really quite frustrating," he said. "I think personally they think Kāwhia is such a small place they don't have to worry about it, it's too small.

"And I think the people know that they [police] are not going to worry about it so they just come out anyway.

"One local had his whole family turn up from Auckland, just about."

"Police on the weekend have been stopping people randomly to see where they were travelling to and from on the roads coming into Ōtorohanga," he said.

"Probably my only request to people out there is even if you are anti-vax or are reluctant to vaccinate; please get vaccinated," he said.

Both Ōtorohanga and Waitomo district councils were continuing rubbish collections, but recycling and transfer stations have been ordered shut down by the government.

"We are abiding by the government's regulations on that," Waitomo mayor John Robertson said.

Since last April's lockdown, councils had learned much about how to cope he said.

"The government rules are a lot clearer for councils, and so it's just that much easier and I think people understand much better," he said.

If people needed food or help, that was being handled through the Ministry of Social Development, he said.

"But certainly, talk within the community about this lockdown if it is extended then Maniapoto Māori Trust Board is working on plans and the food banks are active in Te Kūiti, so we will have to just wait to see where we go.

"I would just like to say I think everyone's adhering to the rules of lockdown really well in Waitomo.

"I've used the word eerie, and it is. I went into Piopio yesterday, just driving on the state highway and so on, no activity, so the people are really abiding by the rules which is great."