Gisborne Hospital is equipped to deal with a Covid-19 outbreak, despite its only respiratory specialist being stranded in Queenstown. 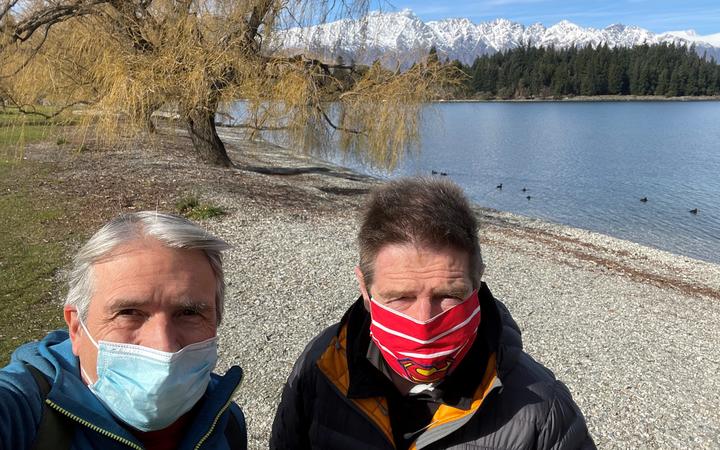 The pair tried to return to Gisborne when the snap lockdown cut their skiing holiday short last week, but were unable to get a flight home.

An extended deadline for people to get out of Queenstown and back home due to the nationwide level 4 lockdown expired at the end of Friday.

Air New Zealand said its priority was to try to get passengers home within the time frame and restrictions set by the government.

Hauora Tairāwhiti DHB chief executive Jim Green said they had a team of people who could respond to Covid-19 in Gisborne, and they could access respiratory advisers at Waikato if necessary.

Dr Brown had been "instrumental" in setting up systems and processes to respond to Covid-19 at Gisborne Hospital during last year's lockdown, and these were still in place despite his absence, Green said.

"We're just going through and reviewing [the processes] now, this being a different situation than we were in last year given that we don't actually have any cases of Covid-19 that we know of in the [Gisborne] community, or in the hospital.

"We would be very pleased to have Peter back," Green said. "We hope that he can get back soon."

Covid-19 is caused by a coronavirus named SARS-CoV-2 that can affect the respiratory system which includes the lungs and airways.

Dr Brown said he was frustrated at not being able to get back to Gisborne under these circumstances.

"If there was any Covid crisis in the region (Tairāwhiti), then I would want to be there," Dr Brown said.

"Fortunately that's not likely to be the case in the next few days but we don't know what's going to happen over the course of the next week."

Dr Brown said New Zealand had taken the right approach in locking down but essential workers still needed to be able to get home.

"I think it's the right approach but essential workers still need to be able to get to where they are working.

"I don't think that we're the only two doctors that are stranded."

Dr Brown and Dr Roberts are booked to fly home to Gisborne on Wednesday.

While they were initially concerned about the Wednesday flight not going ahead, Dr Brown said those concerns were subsiding with news of the case numbers.

It comes after two of their flights, booked for Friday, were quickly cancelled. They went to the airport at 6am on Friday for their third flight booking to find it cancelled, while a fourth booking for Saturday was also cancelled.

Air New Zealand said it put extra flights on to get people out of Queenstown and while many were booked out, there were plenty of spare seats on the final flights to Wellington and Auckland.

An Air New Zealand spokesperson said following the government's announcement of a nationwide level 4 lockdown, they operated their full domestic and regional schedule for 48 hours to allow people to get home, adding additional capacity where possible.

The government extended the initial 48-hour grace period by 24 hours to allow Air New Zealand to fly more Kiwis home from Queenstown as that was where the most demand was coming from.

This exemption applied to flights from Queenstown only and did not allow them to operate a full schedule to all ports, the spokesperson said.

"More than 6200 people heeded the Government's call and got on one of our flights out of Queenstown over the 72 hour period."

Once the government announced the whole country would remain at alert level 4, they adjusted their schedule accordingly.

Air New Zealand was running a reduced schedule over the next few days to ensure essential workers and cargo could still move around the country. This did not include flights in or out of Queenstown.

"We'll then reassess our schedule in line with any further government decisions."