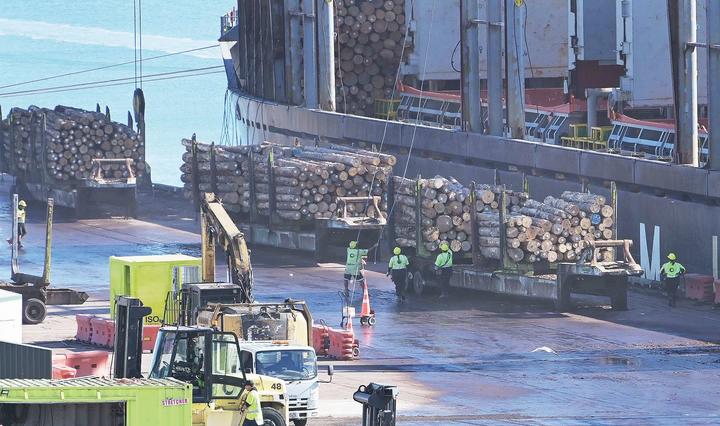 Data circulated by National's Covid-19 spokesperson Chris Bishop shows that 56 of 71 private sector border workers at Eastland Port had not received any dose of the vaccine at July 22. Photo: Liam Clayton/ The Gisborne Herald/ LDR

Gisborne had the highest rate of unvaccinated private sector border workers in any port around the country as at July 22.

At that time, 56 of 71 private-sector border workers at Eastland Port had not received a single dose of the Pfizer vaccine. Fifteen had received both doses.

It comes as the Government investigates how 87 unvaccinated port workers in Tauranga boarded a ship carrying 11 Covid-19-positive crew members.

The rate of unvaccinated port workers in Tairāwhiti has come to attention 10 days after the Government's July 12 announcement to extend the vaccine health order to cover private sector port workers.

The order gives Government border workers a deadline of August 26 to receive their first dose of the Covid vaccine, while those who are privately employed have until September 30.

Hauora Tairāwhiti district health board chief executive Jim Green said vaccinations for private sector border workers would continue over the next couple of weeks and would be on track to meet the September deadline.

Hauora Tairāwhiti could not provide updated vaccination figures before publication.

An Eastland Port worker who did not want to be identified said this morning he understood some stevedores, who load and unload ships, were looking for new work because they did not want to get vaccinated.

"We know that the odd one has decided to look for another job. I honestly believe some of them will leave the job because they just don't want to do it.

"That in itself tells me you're not going to get over this problem in a big hurry."

"Hauora Tairāwhiti will keep working with employers, workers, the Ministry and the port company to roll out the vaccine to all workers who are now covered under the expanded border order," he said.