Covid-19 Response Minister Chris Hipkins says it is unclear what advice officials were working on when they allowed a ship with Covid-19 infected crew members to dock. 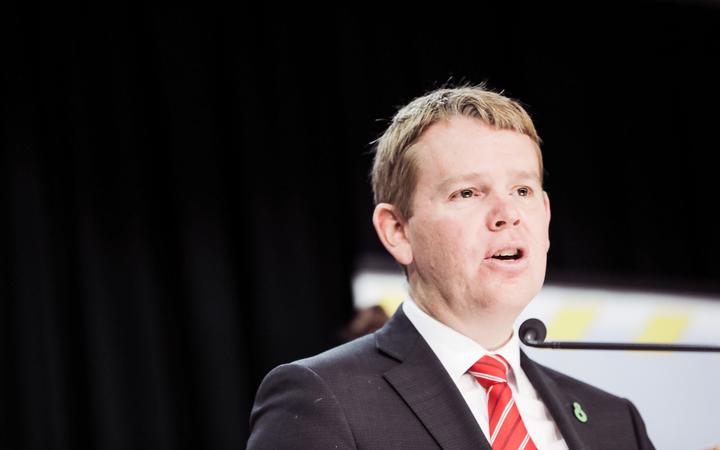 Eleven of the 21 crew on board the vessel Rio De La Plata, which was berthed at the Port of Tauranga for four days, tested positive for the virus.

Flip-flopping advice from officials meant port staff worked on the ship for four days before they were told to isolate and get tested.

Seven days ago the Port of Tauranga was told a container ship heading its way had recently been boarded by someone who later tested positive for Covid-19.

Despite this, the risk was deemed low and the Rio De La Plata docked in Tauranga the following afternoon, Wednesday 4 August.

Just hours later, at 9pm, Customs shut down operations, and port workers who had boarded the vessel were sent home and told to isolate, but were not tested.

According to the port, officials then gave them the green light to go back to work the next day.

The advice, however, changed again on Monday 9 August when 11 of the ship's crew tested positive for the virus.

Port of Tauranga workers were once again told to go home and this time, get tested.

By this point they had been working on the ship and were out in the community for four days.

Ninety-two workers at the port had been identified as having contact with the ship.

A total of 110 port workers were swabbed, with 109 returning negative results. The single outstanding test is being redone.

Hipkins told Morning Report the chain of transmission was not clear and questions were being asked of the Medical Officer of Health in Tauranga on what advice they were working from.

"I should be clear that we get lots of ships coming and going from our ports on a daily basis and we treat all of those ships, as if they have people with Covid-19 on them."

Craig Harrison from the Maritime Union said the situation had been handled terribly.

"If they were made aware there was a risk on the ship and then let port workers go on the vessel, then call them off, then go back on the ship, questions have got to be asked when they did the original assessment of that risk why did they not err on the conservative side and leave the ship out there until they established the ship was clear of Covid."

Just nine of the more than 90 stevedores who spent time on the vessel are fully vaccinated and two have received their first dose.

Hipkins said vaccination rates among port workers were still too low, and blamed misinformation via social media for a greater degree of reluctance.

"What we found is that when we send health crews in there on a more intensive basis, and they have one-on-one conversations with those workers, then they are more inclined to say actually, okay, I think this is safe."

Hipkins has said part of the investigation on the risk to the public will be be to find out whether there were any breach of measures such as use of PPE and social distancing.

The government last month made it mandatory for port workers to get the Covid-19 vaccine. Public employees have until 26 August to get their first shot, while those in the private sector have until the end of September.

Reti said vaccine hesitancy and misinformation would account for at most 15 percent of the population.

"It's such a surprise that we should be now months and months, after official policy came out around this and here we are.

"Hopefully we won't be surprised in a dangerous way with what's happening in the Port of Tauranga."

The Maritime Union agrees misinformation was preventing some port workers from getting vaccinated and has suggested more health workers should be sent in to help change minds.

Hipkins said health crews would be working more intensively with port workers to provide factual information. "But it's a slow process, because it's more intensive."

Rail and Maritime Transport general secretary Wayne Butson told Morning Report on-again off-again decisions on whether stevedores should work on the Rio De La Plata should not have happened.

Butson said commercial pressures may play a part, and while the union had no evidence this was the case, "we're talking about the supply chain of a nation".

Low vaccination rates were of concern to all of the maritime unions, he said.