There was a hint of deja vu in the Ashburton district as the South Island was once again clobbered by historic volumes of rainfall. 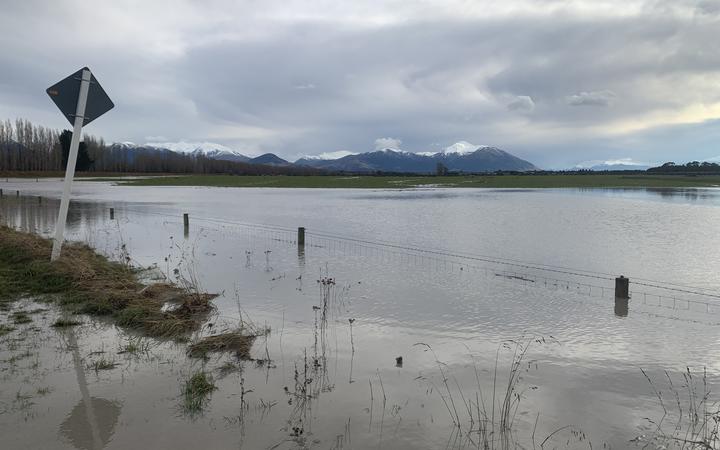 The view from Thompsons Track, near Ashburton, towards Mount Hutt at the weekend. Photo: Supplied

Hundreds remain out of their homes on the West Coast after high river levels, flooding, fallen trees and slips closed state highways across the top of the South Island.

While the West Coast copped the brunt of the second major flooding catastrophe in a matter of weeks, the Mid Canterbury region could not avoid fresh damage.

Ashburton District Council was still monitoring the state of the district's roads, with 10 closures still in place on Monday evening.

Residents were urged to use the water tanker situated in the Methven town centre.

By daylight on Saturday, water was again surging from a breach of the North branch of the river.

Farmer Mark McDonald had a portion of fence wash away from his Ashburton Forks property at the weekend and was due to have about $40,000 worth of repairs to his laneways this week following the May floods.

"We were waiting for them to dry out enough to get them back and to redo them," he said. 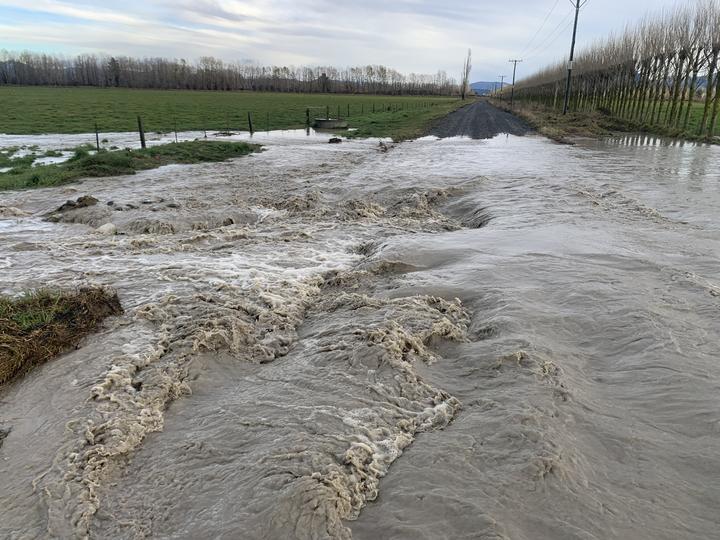 Water surges down Springfield Road via a breach of the north branch of the Ashburton River at the weekend. Photo: Supplied

McDonald said the situation was not ideal.

"You just got to get more shingle out of the river and shore up the stopbanks," he said.

"It's not unfixable ... it's just maintaining the river channel I guess."

Ashburton District Mayor Neil Brown, who was in Blenheim for the LGNZ conference at the weekend, was left stranded as the weather converged.

"I couldn't leave until yesterday," he said.

"When we were there from the Friday, it was similar to the rain that we had in Ashburton, it was nonstop dropping."

Having been in a similar situation recently, Brown said he would probably reach out to community leaders along the West Coast.