A Ministry of Business, Innovation and Employment (MBIE) plan to build a regional state services hub in the heart of Manukau now appears to be one step closer. 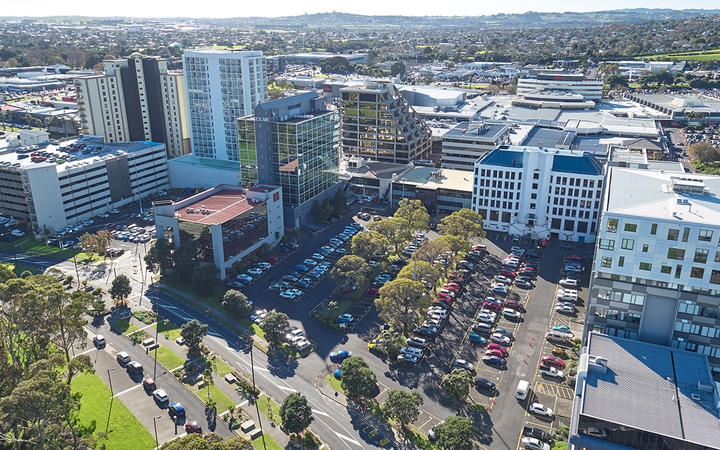 MBIE has been in talks with Auckland Council development agency Panuku about developing what is currently a council owned car park in Manukau Station Rd.

According to Panuku, the site can accommodate multiple towers up to 72 metres in height in the heart of Manukau civic centre.

A spokesperson from MBIE said the proposed new Manukau hub is in line with the government's workplace strategy to manage workforce growth by operating service centres outside of the country's central business districts.

The property is next to both the Auckland Council's offices and the Manukau Institute of Technology and close to public transport. It is also on the route of the proposed Airport to Botany Rapid Transit Network which is currently in the early stages of construction.

"The New Zealand Government Property Group (GPG), a branch within MBIE, ran a registration of interest for developers in Manukau in May and June 2020.

"A shortlist of providers has been concluded and this is being further refined, including seeking to understand how any development(s) would contribute to the rejuvenation of Manukau project being led by the council."

The spokesperson said GPG is working with government agencies and Panuku to understand the likely demand. But any details on which other government departments would use the development and how many staff it would accommodate are still being worked through.

"The process for MBIE is ongoing and at this stage we do not have a definite timeline for awarding the final contract to any developer. However, we anticipate there will be further news in 2021."

The government announced this week plans for regional state service hubs in Auckland and Wellington early in the next term if it is re-elected.

The hubs would also be conducive to productivity by giving public servants more flexibility, cut down travel time and reduce the amount of traffic.

A Cabinet paper tabled last year revealed the State Services Commission (SSC) wanted to "reduce the footprint" of government workers in the Wellington and Auckland regions, and move agencies elsewhere where possible.

According to the GPG the Auckland project is part of a drive, where possible, to locate multiple government agencies in single buildings, or as part of campus style precincts, with links to transport.

Similar hub projects will also be looked at in Albany, Henderson and the Southern corridor.

"If they are going to have a one stop shop that's good news."

Filipaina said anything that increases foot traffic for local businesses and creates economic development in the area is positive.