Auckland Council development agency Panuku's ability to finance its work beyond 2025 is under threat unless a more stable source of funding is found, according to a review of the city's council controlled organisations (CCOs). 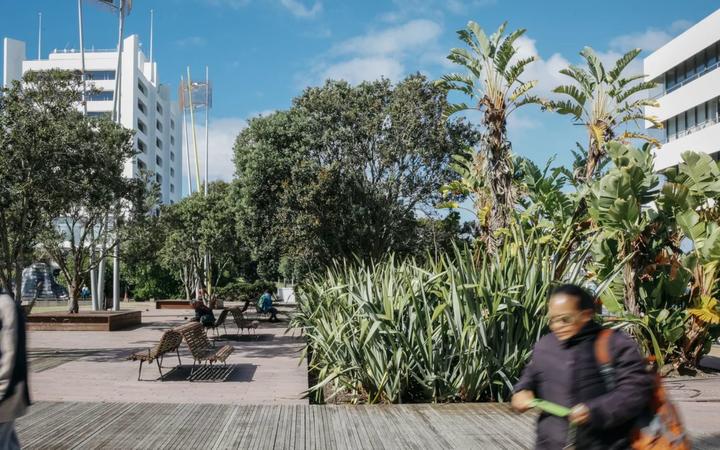 Panuku is set to spend just $7 million in 2020/2021 in South Auckland due to cutbacks, one councillor said. Photo: LDR / Stephen Forbes

It has been a tough year for the CCO which has had $73 million slashed from its budget, along with concerns about a potential decline in the property market.

A number of Panuku projects, including some in South Auckland, have been deferred and surplus properties it controls in the area will be sold as part of a council asset sales programme.

The tension over how it funds its work was highlighted in the CCO review report released last week which states: "The current funding mechanism - recycling proceeds from the sale of redeveloped properties into further redevelopment - is tight at the best of times.

"Covid-19 will undoubtedly cause the property market to slow, hurting the CCO's sales and putting more strain on this mechanism."

The report said if Auckland Council wants a redevelopment agency, it needs to fund it.

"If a more stable source of funding is not identified in the next long-term plan, then it is not clear how its investment programme will be funded in the medium term (beyond five years). We emphasise that Covid-19 highlights - rather than is the cause of - this deeper problem."

According to Auckland Mayor Phil Goff, Panuku currently gets about 50 percent of its funding from property sales, while 38 percent comes from rents and 12 percent from rates.

He said the council would look at the CCO review panel's recommendations, including Panuku's funding as part of its long-term plan. But Goff said the council was already doing its best in trying circumstances.

"In the current Covid-19 environment and given the council's significant loss of income because of the pandemic, finding additional funding would be challenging," he said.

"Property sales will continue because it does not make sense to hold on to properties which are not needed, and which incur costs to hold and maintain. The reinvestment of proceeds from surplus property in new investments, such as regeneration of town centres like Manukau, makes total sense.

"It is obviously better to sell when market prices are higher, however sitting on property and waiting until an assumed best time to sell not only means holding costs, but also the opportunity costs of deferring development and regeneration, which we need and which will also cost more later."

But a report which was presented to Panuku's board last month shows the future of the Auckland property market remains a major concern.

"There is significant uncertainty ahead in the property market and we will monitor this closely. Slowing property market and reduced market confidence in the first half of the financial year is anticipated, which will impact partner availability, property sales and disposals."

Panuku said it would discuss the review's findings, in the first instance, with Auckland Council and was unable to comment on the review panel's recommendations before it had gone to the governing body.

But Manurewa-Papakura Ward councillor Daniel Newman said he did not think the council had the money to bankroll Panuku.

"I think it's a major issue that needs to be resolved," Newman said.

"When you set up a property development company you have to have the capital to fund the work.

"With Panuku, it's required to fund its work through selling assets to provide it with cash. You can do that for a while, but then you run out of assets to sell, so it's not sustainable. But I'm not sure the council is in the position to fund it."

Newman said Panuku being set to spend just $7m in 2020/2021 in South Auckland due to cutbacks was a concern. He said areas like Manukau would contribute more than that through asset sales alone.

"They are going to be spending almost nothing in South Auckland. But if you are going to sell an asset in an area the community needs to be getting a return on it."

The CCO review was carried out by a panel comprised of chairperson Miriam Dean QC and consultants Doug Martin and Leigh Auton. It carried out 100 interviews with CCO chairs and chief executives, councillors, local board chairs, council staff, and stakeholder groups.