Auckland councillor Efeso Collins says money from council asset sales and redevelopment work in South Auckland should be ring-fenced and reinvested back into the area. 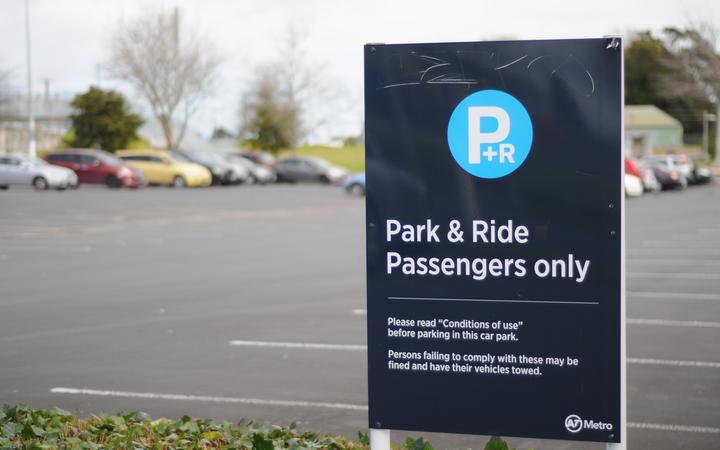 The AT Park and Ride facility in Dalgety Drive, Wiri, is one of nine sites across Auckland Panuku and AT are looking at redeveloping. Photo: LDR

His comments follow this week's news that Panuku and Auckland Transport (AT) are seeking approval to develop the airspace above car parks and park and ride facilities around the city, including at least four sites in South Auckland. The council controlled organisations (CCO) said the funds will be reinvested in regional public transport projects.

A previous assessment suggested the projects could create up to $1 billion worth of development.

But Collins said it's more important than ever that South Auckland gets its fair share of the proceeds.

Development agency Panuku has allocated less than $7 million for South Auckland projects in 2020/2021 after its budget was slashed by $73m in the Auckland Council's emergency budget.

"My ultimate desire is to see the proceeds remain in areas where the surplus funds are generated," Collins said. "But I understand there are trade-offs which I'm still coming to terms with."

He said spending the money regionally does not address some of the underlying legacy issues in areas like South Auckland due to a lack of investment.

"So it's balancing the historical investment against the regional benefit. But I'm yet to be satisfied that the equity issue has been resolved."

Under the plan Panuku would develop the airspace above them into mixed use residential or commercial property while allowing AT to continue to operate the car parks and park and ride facilities. The two CCOs are now seeking the Finance and Performance Committee's approval on Thursday to proceed.

Collins, who was last year named as a liaison between Panuku and the Auckland Council, said he's not opposed to the joint proposal.

"I maintain that housing developed near and around key transport connections and public amenities will have positive social, economic and climate impacts for the community."

But the Manukau Ward councillor said it comes down to a matter of equity.

"I welcome this plan by AT and Panuku as long as they have a keen eye on ensuring that a good percentage of the housing provided will be accessible to people on low to middle incomes. It is vital that we build strong and diverse communities, not merely ones for those on a certain pay grade."

Panuku spokesperson Joanna Glasswell said normally when the agency sells a site the revenue generated goes into a 'pot' and it then allocates the money to projects that will achieve the best value for Aucklanders.

"This approach takes into consideration neighbourhoods where we might not have a lot of property to sell, but we can see a lot of potential. Land has different values in different parts of the city and the strategy also creates balance around this.

"It also means that we can undertake work like building new town squares and upgrading streets where they're most needed," Glasswell said. "We prioritise spending money based on where it'll create best value for Aucklanders."

She said this mirrors the council's approach to rates where it determines where it will spend money based on need and not based on how much money a particular suburb generates in rates.

But Glasswell said unlike other Panuku projects, the joint proposal with AT is different in that both parties have agreed the money generated will be reinvested in regional transport projects.