New Zealand's second oldest rugby club may see out next season on its traditional home turf after a U-turn from its landlord, a local community trust. 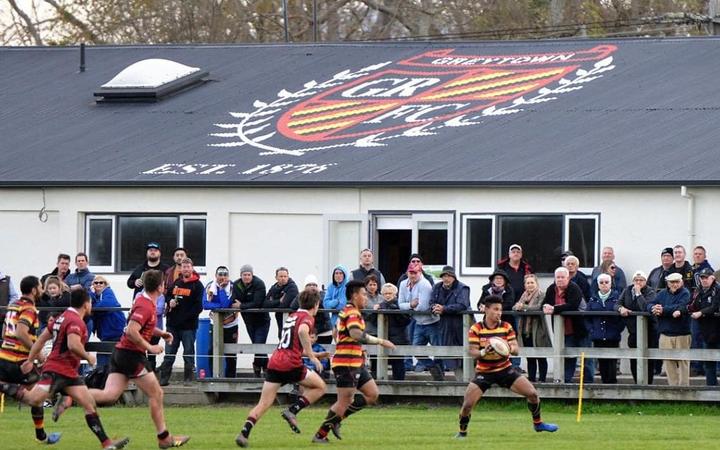 The club feared its recent play-off game could be the final match at the ground after more than a year of debate with its landlord. [file pic] Photo: Facebook / Greytown Rugby Club

Greytown Rugby Club, formed in 1876, has played for most of that time at East St, near the town centre.

A decision by landlord, Greytown Trusts Lands Trust [GTLT], to treat the ground as a reserve may extend their stay.

The trust has given the club a 100 percent rent grant to March 2021, and is in talks with the club.

A statement from GTLT said the board was taking a "conservative" view, and "will treat the land as reserve, and therefore charge a rent on the basis that the land has reserve status".

"It will provide a 100 percent grant for rent due from the club for the rest of the financial year until 31 March 2021. In the meantime, the trust has requested an updated rental valuation on the basis that the land has reserve status."

It is also working through a similar issue with fellow tenants including the century-old bowls club, also on East St, and the popular Cobblestones Museum, on Main St.

The club feared its recent play-off game could be the final match at the ground after more than a year of debate with its landlord.

During a long running saga, the trust gave notice of the end of a significant rent subsidy given to the rugby teams and the nearby bowls club.

The trust had returned sizeable amounts in its rents to the clubs over the years, as part of the wording in laws governing its work to promote and foster "physical welfare".

But a decision to end that rebate raised fears of the club having to move, or close.

As part of its annual plan, the council promoted a potential land purchase of the rugby and bowls club as part of a sports hub, allowing many sports codes to use the ground.

The plan was sidelined after significant public dissenion during consultation from across the district on the plan.

In today's Wairarapa Times-Age, Gary Hall, a rugby referee and former deputy principal at nearby Kuranui College, called for the land to be retained for sports.

Hall said he had seen widespread development across the town, and as much land as possible was needed to be retained for leisure activities.

The veteran arbitrator said he backed moves made by John Hayes, the former Wairarapa MP, to stop the deal. He had led a petition against the sale ahead of the hearings, stating it was already community land.

During June's SWDC annual plan hearings, Hayes said the sale of trust lands was limited by act of parliament.

The trust's statement said it will also "involve South Wairarapa District Council" in an engagement process over wider use of the pitches.

The council fielded hundreds of submissions on the controversial plan, but fewer than 100 people will be able to attend the AGM at Greytown's Town Hall.

Last year's AGM attracted an audience of 20. This year, due to Covid-19 restrictions, only 91 members of the public will be able to attend, in addition to the nine GTLT trustees and staff.

In its statement, the trust asked for each community organisation interested in attending to send one representative only.

The trust must hold the AGM this month, according to its rules.