Nelson has long been proud of its Centre of New Zealand status, but a few months ago, it gained a rival. 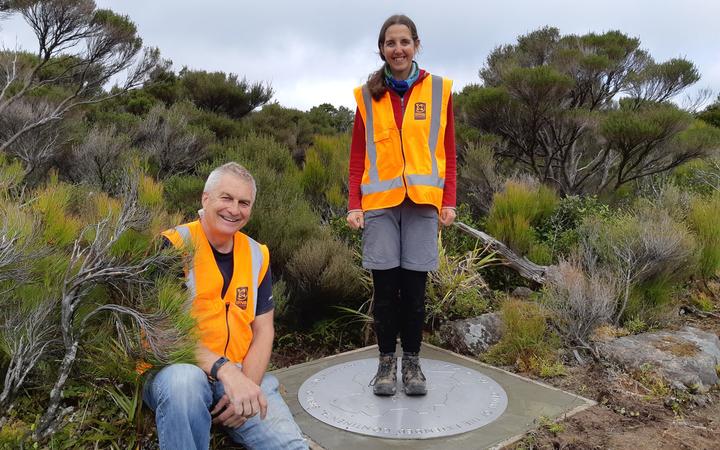 A plaque was placed deep in the Tararua Ranges marking a United Nations decree that New Zealand was part of a large, undersea continent.

GNS Science said Nelson need not worry about losing its popular landmark on Botanical Hill, because it still marked the centre of the four percent of New Zealand above water.

"Some time ago the United Nations said, 'if you can prove that you have a continent that goes beyond the 200 nautical miles then you can claim that as well'.

"So New Zealand did that and this is, in effect, the centre of that entire land mass."

The plaque was about 11 kilometres from Greytown. 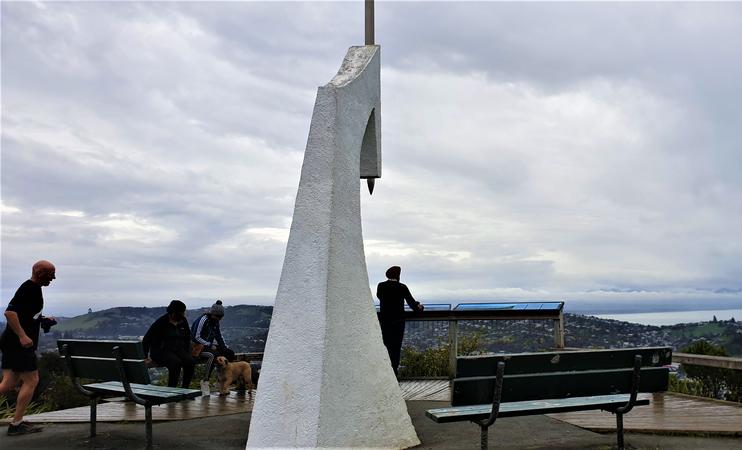 Visitors at the Centre of New Zealand in Nelson, overlooking the city and Tasman Bay. Photo: RNZ / Tracy Neal

Mayor Viv Napier said while the town had a solid spot on the New Zealand map, it was pleased to now be stuck on the world map.

"One percent of the earth's surface ... that's pretty cool for little Greytown. We have been New Zealand's most beautiful small town."

Nelson's deputy mayor said the city was not about to lose its distinctive, lightning rod marker at the top of the Botanical Hill, which was put there in August 1968 to mark the Centre of New Zealand trig point.

Paul Matheson said from the Botanical Reserve that there was no reason why there could not be two centres of New Zealand.

"Oh, yes you can. I mean, there's the new one but ours has a heap of history. Where we are at the present time - this was where the first game of rugby was played in New Zealand and there's a plaque to honour that, so ... I suppose they'll want that next."

There were mixed feelings among those walking their dogs and drinking coffee in the Nelson sunshine at the Botanical Reserve. Some said they were happy to share the title, and the love, while others were not so keen.

Tracy Alexander of Joker Espresso, who moved from a central city location to the buzz of the Botanical Reserve sports field, was aghast.

"That is so not cool. I thought it was measured out properly.

"Now what am I going to say? Come down to the ... park? We'll just have to go with the big sell that this is where the first ever game of rugby was ever played in New Zealand.

Science researcher Jenny Black carried out the calculations that identified where the new centre should be.

Dr de Ronde said it puts a stake in the ground over how we need to see ourselves, primarily as a maritime nation.

"Mostly, we should be looking from the shore, out towards the sea knowing that there's this huge sovereignty owned by New Zealand. Ultimately that may relate to things like energy, food, resources but by far the largest part of New Zealand is under water."

GNS said the project was a joint effort with NIWA, Land Information New Zealand, and the Ministry of Foreign Affairs and Trade.

New Zealand-born pioneer pop and conceptual artist, Billy Apple, who was intrigued by the notion of the large underwater realm, helped to create the plaque with the Department of Conservation.

Viv Napier said maybe it was a good time for Greytown and Nelson to acknowledge each other's place as a focal point on the map.

Ms Napier said so far, her council had not done anything official to mark the event. 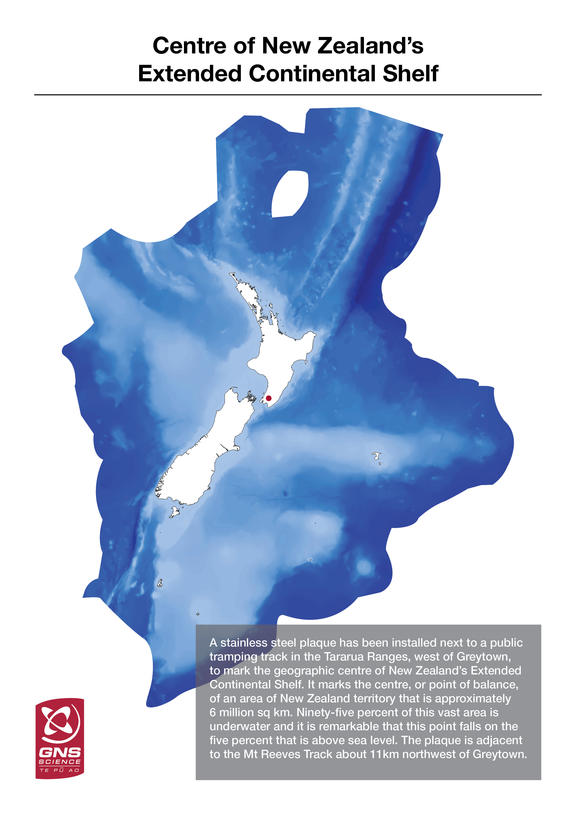