A Rotorua transgender man says a lack of access to gender-affirming care can result in lethal consequences. 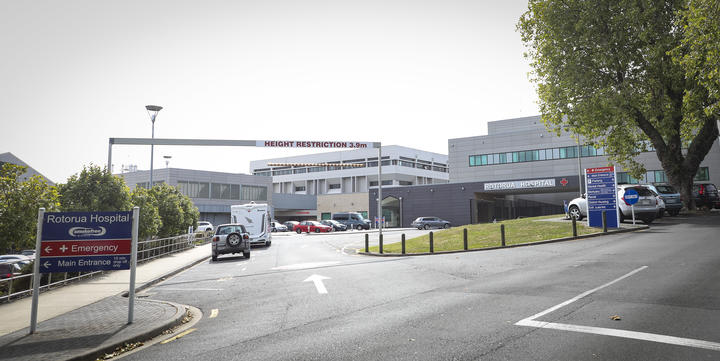 His words form a backdrop for a call for more political parties to declare their policies on rainbow issues ahead of the 2020 general election.

The man, who wished to remain anonymous, began his transition later in life and began hormone replacement therapy earlier this year.

He is also pursuing "top" surgery to attain a more masculine-appearing chest.

He said the most difficult part of his transition so far had been that his gender-affirming healthcare had to be "paid out of pocket".

Top surgery will cost him about $20,500 and gaining access to hormone replacement therapy included costs of about $350, including a psychologists' assessment.

"I'm financially able to do this, but for others, especially younger people or those with less support, this would be a barrier to them getting the care they need."

Access to gender affirming treatment should not be "hindered due to your socioeconomic situation", he said, adding that the consequences of not receiving such treatment could be lethal "in the most severe cases".

"[It's] definitely a detriment to your mental health, which affects all aspects of your life."

The man didn't think Lakes DHB would fund his top surgery and did not want to have to fight for it.

The 2019 Waikato University "Counting Ourselves" survey studied 1178 transgender and non-binary people and found that of that group, more than half had considered suicide in the previous 12 months, and 12 per cent had attempted it.

Rainbow Election Spokesperson Jess Dellabarca said her group had seen a "real gap" in policy about rainbow issues among all parties except the Green Party and New Conservatives.

The group had emailed all political parties for their rainbow policies but had only received a reply from the Green Party - New Conservative's policies were gleaned from its website.

The Labour Party provided policy indications to the group after the website launched on Thursday last week.

Dellabarca said it was "super disappointing" that a law change that would allow self-identification of gender on birth certificates was delayed.

The change would make changing gender birth certificates easier, following a similar process to what is used for drivers' licenses and passports.

Dellabarca said the group also wanted to see the banning of gay conversion therapy "put back on the table".

On Monday, Prime Minister Jacinda Ardern told the Rotorua Daily Post Labour had "always" had policy around rainbow issues and would again.

"We simply haven't at this point put out our full manifesto.

"We don't put it out too early because then it essentially gives away every single policy, but you will see that well before the election."

She also pointed to Labour's "record" on rainbow issues.

She said spending on mental health would impact everyone, but particularly rainbow young people - over-represented in statistics in that area.

"We put in specific funding and established a legacy fund to try and support the mental health and well-being of our LGBTIQ community."

She said she hoped to see the "completion" of a process to introduce self-identification of gender on birth certificates.

"I'm confident we'll find a resolution that satisfies everyone."

Ardern said there was work required regarding changes to the Human Rights Act as well, and gay conversion therapy was "something that needs to end".

"There's a number of things we just haven't finished, even if in many areas we have gotten started."

"There are other areas where we know there is more to do, and I hope people will see that in our policy." 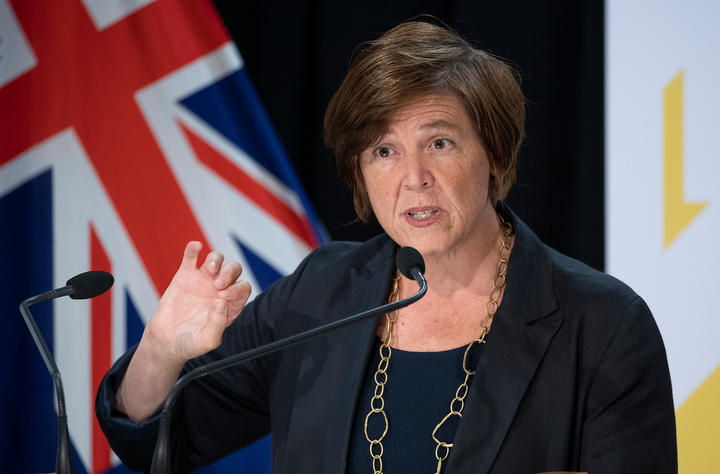 "Without a programme to respond to that … the Government unintentionally is allowing that harm to continue. It's not good enough."

Logie said the Green Party rainbow policy aimed for "progress on the things people have been saying they want progress on for decades".

That included banning gay conversion therapy, banning discrimination based on gender identity, allowing for self-identification of gender on birth certificates and addressing the healthcare needs of the transgender and non-binary community, she said.

"There have been pockets of progress, but it's fair to say it's been very slow."

She said she stood by her call in 2019 for an Office for Rainbow Communities, an idea that was shut down by Ardern shortly after.

Logie said such an office would be part of the Greens' priorities should it be in a position to negotiate a coalition deal with Labour following the election.

New Conservative was approached for an interview about their rainbow policy but did not respond.

Lakes DHB chief operating officer Alan Wilson said the DHB had a duty to deliver services that were respectful of the transgender community. The DHB had "no formal or informal" policy on funding gender affirmation surgeries, and those were often referred to Waikato DHB urology clinics, he said.

There had been no applications for gender affirmation surgeries via Lakes DHB in the previous 12 months.

Twenty patients had applied for endocrinology care - hormone replacement therapy - for "gender affirmation purposes" in the past 12 months. One patient was referred, and accepted, from Lakes DHB to Waikato Hospital endocrinology clinic for an orchiectomy, Wilson said.

The care was funded within endocrinology outpatients, he said.

The Rotorua Daily Post asked candidates running in the Rotorua electorate what their priority was when it came to rainbow / LGBTQIA+ issues.

Pete Kirkwood (Act): "Act believes in personal freedom. All people should be able to live the way they choose, as long as it doesn't hurt anyone else's freedoms."

Todd McClay (National): "The rainbow community is an important part of New Zealand society. National supports diversity and equality. We will release policy in the coming weeks."

Alan Tāne Solomon (New Conservative): "New Conservative believes that all people regardless of age, religious beliefs, skin colour, orientation, or income level should be treated the same and as equals."

Kaya Sparke (Green): "I would prioritise trans rights. Our trans whānau are one of the most marginalised groups in our community. We need to be strong allies."

Fletcher Tabuteau (NZ First): "NZ First wants people to respect each other no matter our differences. One of our Ministers has been designing and implementing programs on both relationships and anti-bullying."

Karri-Ann Vercoe (One): "Every person deserves to be treated with mana - respect. We respect people's rights for their 'own' freedom of choice when we have issues that conflict with our faith."