A notorious nightclub in South Auckland which was linked to a shooting in 2017 will close its doors at the end of the month. 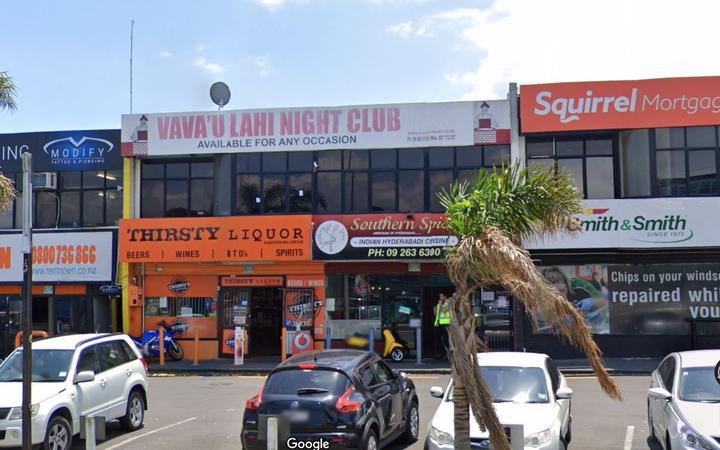 In a strange twist of fate however, the District Licensing Committee (DLC) agreed on Monday to renew the licence for Vava'u Lahi Nightclub, on Manukau's Cavendish Drive, so it can be sold.

Some business owners are still concerned it might not be the end of their troubles with the establishment.

They have been fighting for more than three years against plans by the nightclub's owners to renew its liquor licence, after a shooting and ongoing complaints about the behaviour of its patrons.

The club's owners originally sought to renew its licence in 2017 but that was opposed by police. It followed a shooting outside the club in May that year involving gang members.

In a statement to Auckland Council's District Licensing Committee (DLC), Counties Manukau Police outlined their opposition to the application.

Police said there had been a number of incidents involving intoxicated patrons and disorderly behaviour in the 12 months before the licence renewal bid.

Documents from the DLC show an ongoing litany of complaints, ranging from staff at nearby businesses finding human faeces, vomit, urine and broken bottles in the entrance ways to their premises and adjoining carpark, to fighting and violent behaviour.

But in a last-minute development before this week's rehearing, the club's owners notified the DLC they were now planning to sell it as a going concern, and wanted to be able to renew the licence so it could be sold.

Under an agreement reached by the DLC on Monday, the nightclub's last day of trading will be 31 August. But the committee agreed to renew the venue's licence until then so the current owners could sell it.

A new owner would then apply for a temporary authority to allow them to keep trading under the terms of the existing licence, giving them up to nine months to get their own licence. Under the agreement any new owners would have to seek renewal of the temporary authority every three months.

Grant Rimmer, who has been representing business owners opposing the nightclub's licence renewal and owns an adjoining property, said it was a bit of a hollow victory.

"Given the circumstances it feels hollow," Rimmer said. "But given the crazy circumstances we've faced over the last three years it is as good as it can be.

"It feels like we've been playing legal chess with the applicant, it's like they are saying 'what are the legal options we can use to get out of this?'"

Despite the latest set-back, Rimmer isn't giving up without a fight.

Sergeant Keith Barker from Counties Manukau Police was just as nonplussed with the outcome.

"Everyone got something, but nobody's got everything," Barker said. "I think from a police point of view it's now a case of wait and see."

Vava'u Lahi Night Club Director Gail Tagaloa, who attended the hearing on behalf of the owners, was pleased with the outcome.

"It's fabulous. It was great the way it all came together and everyone agreed. I've got to the end of my time and it will mean I will be able to spend more time with my family."

Monday's outcome concludes the latest in the long-running dispute over Vava'u Lahi Night Club's licence, which began when the DLC rejected its application for renewal in 2018. It appealed to the Alcohol Regulatory and Licensing Authority (ARLA) and a hearing was held in October that year.

In his decision, District Court Judge Kevin Kelly said the DLC did not undertake a proper evaluation of the application and erred in requiring the Vava'u Lahi Night Club to prove its case. He said the DLC's role was to assess the risks involved in granting a renewal and to evaluate the application.

The Vava'u Lahi Night Club won the appeal and Kelly called for the application to be reheard by the District Licensing Committee.