Whangārei District Council will meet next week to likely reduce the size of an originally scheduled 5.2 percent rates rise in the face of the sudden Covid-19 recession.

Whangārei District Council has cut $5.7 million from its operating costs including $2.7m from its contractors' and consultants' budget. Photo: 123RF

The council is expected to more than halve the size of its coming year's rates take to 2.2 percent, that increase adjusted only to be in line with Local Government Cost Index (LGCI) indexed inflation.

The move comes after an intense staff and councillor review into finances amid the Covid-19 lockdown. 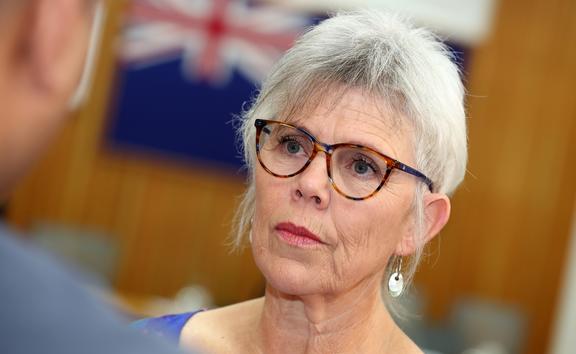 "That was then, this is now, where do we go from here?," Whangārei District Council (WDC) mayor Sheryl Mai said of the review approach.

WDC is slashing $5.7 million from its operating costs - $2m from staffing costs, $2.7m from its contractors' and consultants' budget and $1m from other areas including fuel, stationery, uniforms, market research and travel.

Councillors will meet on Thursday in an online full council meeting.

They are expected to vote in favour of an agenda item from the council's general manager strategy and governance, Dominic Kula, and the general manager corporate/chief financial officer, Alan Adcock, which recommends the pared-back 2.2 percent rates rise.

"Covid-19 has had dramatic and wide-ranging impacts on the global economy. In New Zealand, despite our relatively successful national response to the virus and its containment, the effects on our national and local economy will be profound," Kula and Adcock said in the agenda item.

"The epidemic is expected to continue to place unprecedented pressure on communities."

WDC chief executive Rob Forlong said councillors "will be deciding at the meeting which option they believe works best for the district".

Forlong warned any rates reduction now would require a catchup period of extra rating later, the size of which would depend on how much rates were reduced by in the short term.

Cutting the rates rise to 2.2 percent is one of four options thrashed out during councillor workshops leading up to the full council meeting.

"That option would definitely impact on our service levels. People in the community would see a marked change. Things our community want done would stop getting done."

In contrast, the preferred 2.2 percent rates increase option would bring only slightly noticeable service changes for the public.

One aspect considered during the rates review was looking at whether commercial, residential and rural sectors of the council's ratepaying community were each paying the appropriate share of total rates.

Consultation is expected to follow Thursday's meeting, subject to councillors deciding on the 2.2 percent rates increase.

The likely Covid-19 rates rejig comes as part of an under-pressure and now much-condensed annual planning process for the new 2020/2021 financial year.

The new year starts in just over nine weeks on 1 July.