Whakatāne has become the latest district in the Eastern Bay of Plenty to benefit from the Provincial Growth Fund, after major announcements in both Kawerau and Ōpōtiki. 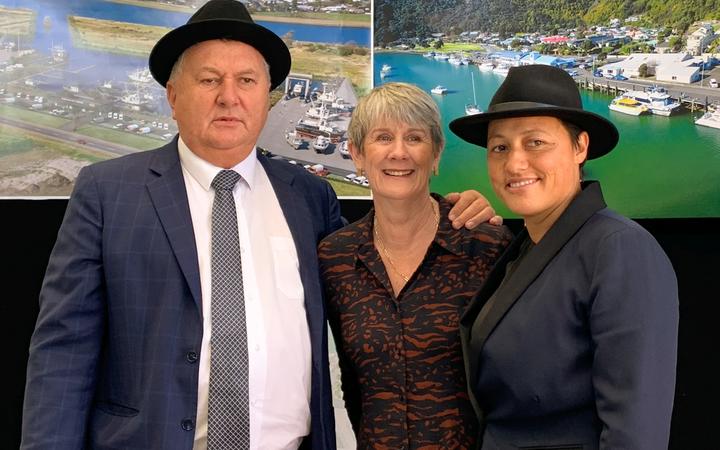 Regional Economic Development Minister Shane Jones was in Whakatāne today to announce the government is investing $36.8 million in three waterfront and visitor projects that will help transform the town and the wider Eastern Bay region.

Whakatāne mayor Judy Tuner said it was the biggest thing to happen in the town for over 40 years.

Turner said the funding represented a huge opportunity for economic development in the district by creating a "fit for purpose" marine and tourism industry.

"This will completely transform our town," she said.

"This will lead to jobs and prosperity for our district. It is the boost that will take Whakatāne on a journey to become a world-class small-town destination for tourists."

Turner said the three projects would create more than 450 jobs by 2030 and more than 900 by 2050. She expected the projects to bring $80 million in local GDP growth per annum.

"The benefits of both projects to local business and the community are huge. This is about working in partnership and identifying ways we can realise our long-term aspirations for our people."

Turner said she was committed to the partnership between all entities and that they would need each other for the "incredibly exciting" work yet to come, which would include working with local education providers to create a marine school offering classes such as marine welding.

The Boat Harbour Development project is receiving a PGF investment of $19.6m made up of an equity stake loan and a grant. The Whakatāne Riverfront Revitalisation project will receive a $9.6m loan and the Ngāti Awa Kāinga Project would receive a $7.6m investment via a Crown equity stake in the development.

Jones said the harbour development would give commercial users in Whakatāne better facilities that would increase the economic returns of the wharf as a critical asset for the local community.

It will be built at Keepa Road directly to the left of the Whakatāne Bridge on land that belongs to local iwi, the Department of Conservation and the Bay of Plenty Regional Council.

The Riverfront Revitalisation Programme will be a significant upgrade to the riverfront promenade and will upgrade the existing aged wharf. 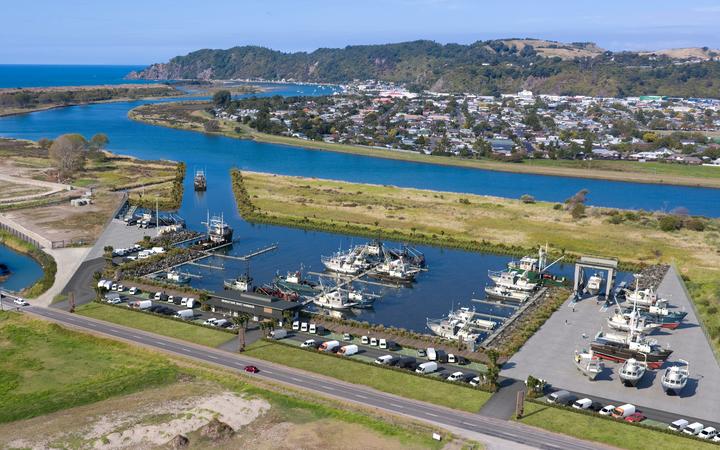 A concept sketch of what the harbour development in Whakatāne will look like. Photo: Supplied

The Kāinga project will see the Whakatāne Army Hall transformed into a visitor hub that will be the focal point for cultural and historical storytelling, retail, a space for training, meetings and civic events.

Jones said he would like to congratulate the key partners in the project for working together and making it a reality.

The investment represented what the PGF was all about - rededicating money created in the regions back to the regions.

"I would like to congratulate you all on your leadership and tenacity," he said.

"I'm particularly pleased to make this announcement of government support for this town and region following the recent tragedy at Whakaari. We back our regions in times of need."

Jones said while the eruption had dealt a "mighty blow" he was impressed at how the community rallied together following the tragedy.

Ngāti Awa Group Holdings Limited chair Paul Quinn said when they first bought White Island Tours two years ago it employed "half a dozen" Māori but within a year had lifted that number to 25. He said the company was keen to continue in that direction.

Te Rahui Lands Trust chair Brian Simpson said it was a momentous achievement and a day of celebration for all involved.