The long-awaited container terminal will soon be a reality at Kawerau following a $19.9 million cash injection from the Provincial Growth Fund. 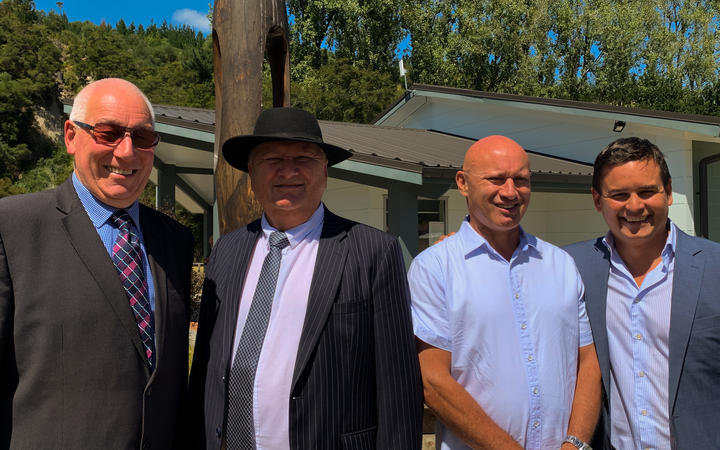 Jones said the funding affirmed the commitment he had made to the rohe in providing the financial support it needed to get its initiatives off the ground.

This will be used by 100 tonne vehicles that cannot drive down the existing highway.

The project is expected to create 150 jobs in Kawerau.

Jones said without this infrastructure Kawerau would not "realise its potential as an industrial hub".

"This is an exceptional example of the government partnering with Māori, local council, businesses and the community to create a landmark change for the future of Kawerau.

"We back communities such as Kawerau by funding projects that will make a difference to the lives of local people for generations to come, while boosting industries vital to New Zealand's economic success."

Jones said the Eastern Bay could expect to see him back soon to make more PGF announcements in the district.

Representatives from Kawerau, Ōpōtiki and Whakatāne district councils attended the announcement as well as councillors from the Bay of Plenty Regional Council.

Children from Kawerau Putauaki School welcomed Jones to Firmin Lodge and later performed waiata with him.

Kawerau Mayor Malcolm Campbell said the announcement gave him hope for the future of the town and its schoolchildren.

He also said it was the culmination of a concerted effort by several key partners including the Putauaki Trust and began with the formation of Industrial Symbiosis Kawerau in 2011.

"For so long Kawerau has been at the bottom of the pile," Campbell said.

"We had the choice of lying down to die or to dust ourselves off and get up again. Recently we had a real resurgence and a turn around with a real sense of pride. We are building houses again for the first time in 30 years."

Campbell said his community experienced some of the highest deprivation in the country and it was important to uplift people and ensure they had good jobs and housing.

"We're going to have more jobs and better incomes here because of this, it really gives people hope," he said.