Residents of Kaikōura's east coast communities are pressing ahead with a bid to break away from the Kaikōura District Council and become part of Marlborough - whether or not the government is keen. 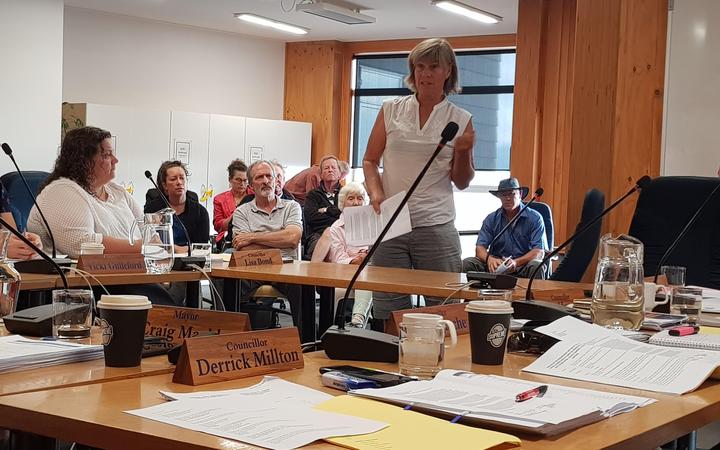 The group is seeking advice from the Local Government Commission on how to begin the process.

"The council has not listened in the past - it totally ignored the opposition to the new council building and it is again refusing to listen, " Wilson said.

A review last year found the Kaikōura council was not financially viable in its present form, and recommended sharing services with neighbouring councils - a change that would need government to contribute $10 million.

The steering group should revisit the idea of a merger with neighbouring councils, as a more 'robust ' financial option for the smallest council in mainland New Zealand, Wilson said.

"There has been comment on the desire to retain local representation but this can be achieved without burdening the ratepayers with the cost of a fully independent council."

Picton and Hanmer were two examples of how that could work, Wilson said.

"With modern communications it is no longer necessary to have a full suite of elected officials or senior council executives with feet on the ground in all localities. Doing so places an unnecessary financial burden on the small Kaikōura ratepayer base."

ECCO supporters include councillor and Works and Services chairman Derrick Millton, who is a Clarence ratepayer.

Cr Millton told the Kaikōura Star the economies of scale were obvious.

"For instance, we employ a roading engineer just for Kaikōura, which has less than 200 kilometres of council roads.

"Compare that with Hurunui - it has one engineer for 2500km. Hurunui alone could easily absorb the Kaikōura work. You'd still have staff on the ground here but you wouldn't need all the senior managers."

Kaikōura Mayor Craig Mackle said last month that the government had given council a clear message that amalgamation was not on its agenda.

But Wilson said despite the government's reluctance, the review the council was carrying out on its future should consider amalgamation as a possible alternative.

"This council was not in good shape before the earthquake and it's currently being funded by the Crown and NZTA and now the future looks like a return to the past, but with even higher spending," he said. 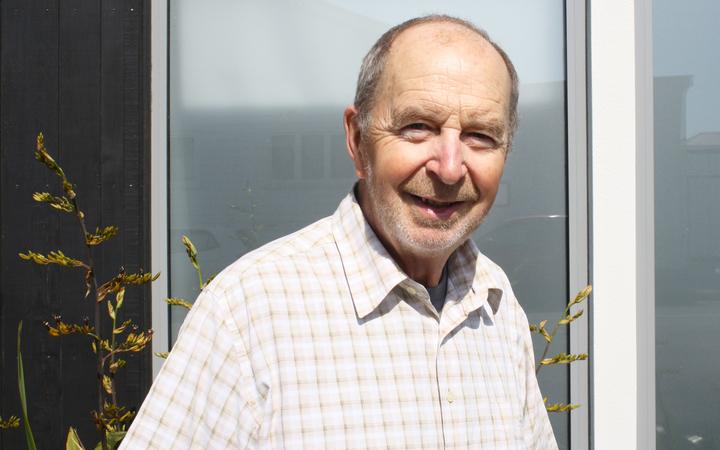 ECCO secretary Chris Wilson says the council is not listening to ideas about how it could reduce spending. Photo: Chloe Ranford / LDR

Farmers throw their weight behind amalgamation

Farmers who travelled to the meeting also spoke in support of the ECCO submission.

"I want you to understand the strength of feeling about this - we drove for an hour to be at this meeting," Joanie Throssall told councillors.

"We asked you very clearly, will this council be sustainable at the end of five years? And we could not get an answer. That means you guys don't know.

"We are unhappy and we are going to take action," Throssall said.

Speaking afterwards, Cr Tony Blunt said ECCO was claiming there had been no growth in Kaikōura to spread the growing rates burden and no significant growth was likely, but that was wrong.

"The census shows we've had 10 percent population growth since 2013; there are some very significant business developments under way including the Sudima Hotel and the Zipline project (an adventure tourism flying-fox venture) and we 've just had $10 million from the Provincial Growth Fund to develop Wakutu Quay."

A wave of new homes were being built in the town, Cr Blunt said.

"Some of these are to replace houses damaged in the earthquake, but a lot of them are being built by people who came here during the rebuild and decided they wanted to stay in Kaikōura. And some businesses are relocating here, too."

No-one around the council table had been happy with the recent rate increases, Blunt said. But they had been an average 24 percent over two years, not 30 or 40 percent as some people had claimed.

"We have been told we have to share some of the pain to get the most we can out of government and sometimes you just have to suck the lemon."

The strategy had worked well, with Kaikōura council getting generous support from Wellington including an unheard of 95 percent subsidy from NZTA to fix damaged roads.

Any decision on boundary changes should wait until the council had completed its operational review, gone through the recommended changes and could clearly see the way ahead, Cr Blunt said.

However Cr Millton, speaking after the meeting, said the tiny Kaikōura council was becoming less viable every year, as government heaped work onto local authorities. The council had no real assets, he said.

It had used up its reserves and sold its forestry investments to build a council headquarters; costs had spiralled from $3.6m to $8m, leaving the council in a precarious position.

"The only reason we are surviving now is the government and NZTA money that's come in since the earthquake."

When Kaikōura Borough and County were merged in 1989 as part of the nationwide local government reorganisation, it was done on the basis that the population would grow to 10,000 and make it sustainable, Millton said.

"Thirty years on it's still around 3000. We don't have to lose our identity as Kaikōura, but we have to be realistic about this. We could save well over $1m a year by splitting the district between Hurunui and Marlborough."

Council chief executive Angela Oosthuizen said the ECCO submission would be forwarded to the Kaikōura Recovery Steering Group for discussion, and brought back to the council this month for further consideration.