Whale Watch Kaikōura is planning to build a new boat that will set it apart from other tour operators, its general manager says. 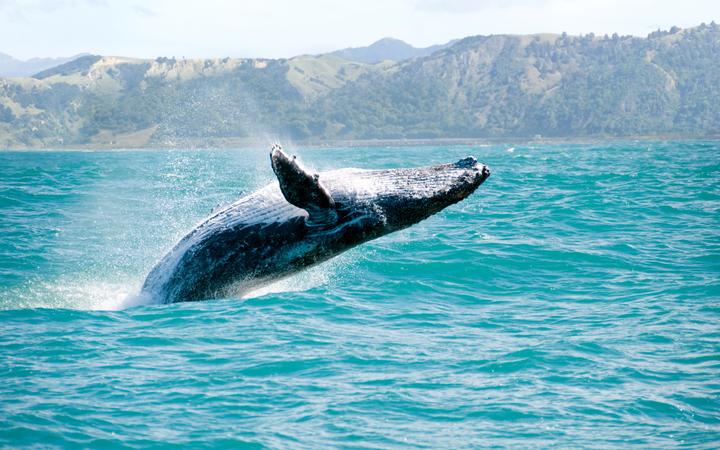 The tour operator's general manager, Kauahi Ngapora, said it was commissioning its first new vessel since 2009, to be designed in Auckland and built by Whanganui-based Q-West Boatbuilders.

Mr Ngapora told a business conference in Nelson today that Kaikōura's post-earthquake recovery had been more rapid than expected.

The 7.8-magnitude quake and associated coastal uplift left the Whale Watch fleet high and dry in the marina, and able to move only an hour each side of high tide.

"As of February this year, Kaikōura as a whole returned to visitor spend above what it was pre-earthquake. It's really encouraging that we've been able to re-build in such a short period of time.

"Although there's some headwinds in the next year or two with tourism nationally, the growth prospects for Kaikōura are promising even as it is still in a re-building phase."

Mr Ngapora said Sudima Hotels' plans for a multimillion-dollar hotel on the Kaikōura waterfront was also an encouraging sign of confidence in the district's future.

Mr Ngapora told delegates at the conference that building resilience into a business was about more than factoring in economic swings - it had to include being prepared for the unexpected.

He said the 2016 earthquake was a difficult time for the company, but the time was now right for Whale Watch to expand.

"It's important that a business continues to evolve and refresh its offering and vessels are a big part of what we do.

"A lot of time and effort has been committed to coming up with a vessel that's really going to set us apart from anyone here in New Zealand, but more importantly around the world."

Whale Watch is a multiple award-winning company owned and operated by Ngāti Kuri - a sub-tribe of the South Island's larger Ngāi Tahu tribe.

It was formed in 1987 at a time when Māori were casualties of Kaikōura's declining economy.

The business began with a 6.7m inflatable vessel capable of taking eight passengers at a time, and in its first year it carried 3000 passengers to watch whales off the Kaikōura coast.

Today, the fleet is made up of four modern, purpose-built catamarans which carry a total of 100,000 passengers a year.

Mr Ngapora said the adversity experienced in the early years, including the effects of the Global Financial Crisis of 2007-2008, were all grounding for what was to come in 2016.

The Christchurch earthquakes of 2010 and 2011 had a massive impact on tourist flows to Kaikōura, forcing Whale Watch to adapt again.

"What we weren't prepared for and didn't want to happen was 2016. The earthquake turned our world upside-down ... we could not have foreseen, but our immediate focus was whānau, and then staff."

Mr Ngapora said the business closed down overnight, and stayed shut for 49 days. It happened as the season was about to begin, and forced payment of an "eye-watering" amount of refunds.

He was proud that the company did not make anyone redundant, and that staff were diverted to the community effort instead.

Mr Ngapora said it was critical that businesses remained true to their values in difficult times.

"Businesses can have values but when things get really, really tough how hard do you hold on to them?

"Challenges build resilience and in our case allowed the business to have a good look at itself, because there are always things you can do better."

He said the 2016 earthquake now formed part of the company's story.