A major stage in the recovery of Kaikōura starts today, with work starting on the main commercial harbour.

Aerial photographs show the seabed uplift north of Kaikoura - estimated to be between 2 - 2.5 metres. #EQNZ pic.twitter.com/WLkSj4Xx9m

Last month's earthquake caused much of the seabed to rise, stranding companies such as Whale Watch and Dolphin Encounter, vital to the town's economy.

The initial repair work includes dredging the harbour - scraping away some of the newly-formed jagged rock.

Mayor Winston Grey said it would take a few days. Other work could take months.

Nevertheless, companies that used the harbour could operate, he said. 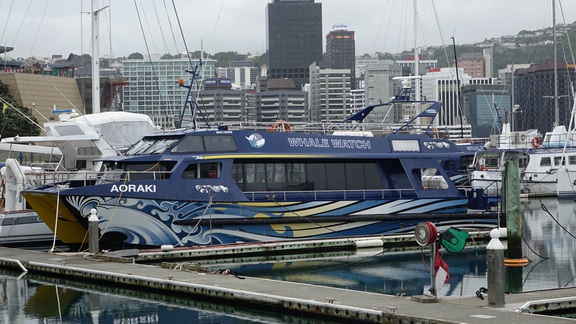 "They'll be able to start going as soon as the initial work is done, we hope," Mr Grey said.

"We've got people coming into town now and as soon as we can put some punters out on the marina boats - Dolphin Encounter, bird watching or whale watching - we'll be back in business."

The continued closure of State Highway 1, north of Kaikōura, was a hindrance, he said.

A ban on fishing for crayfish was lifted before Christmas, but the paua fishery remained closed.