Money set aside for infrastructure projects in Marlborough is not being spent as the council struggles with a shortage of "council staffing, professional services and contractors". 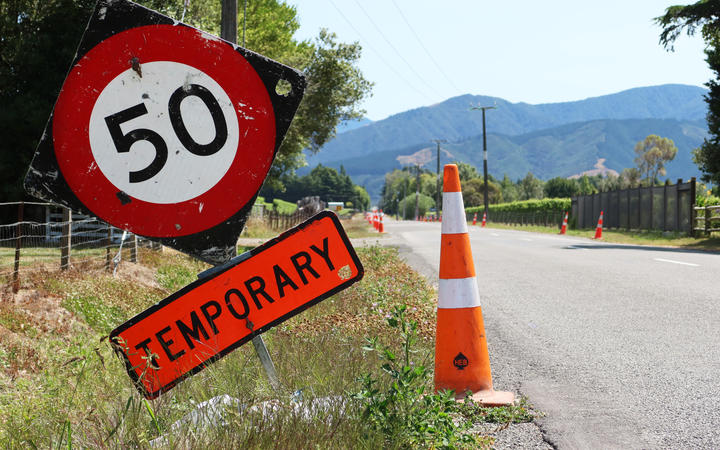 A lack of resources is preventing the Marlborough District Council from meeting its infrastructure targets each year. Photo: LDR / Chloe Ranford

Marlborough District Council has spent just $14 million of the $87m it set aside for capital expenditure - for things like roading, sewerages, and community facilities - this financial year.

Council finance and information advisor David Craig said it was "questionable" this year's target would be met due to the "lack of resources".

Councillor Gerald Hope was one of several at an assets and services meeting last week to signal more needed to be done, after pointing out capital expenditure targets had not been met by the council in years gone by.

"The question is, what are we going to signal in this year regarding how we get infrastructure upgrades completed?" Hope said.

"I'm asking a question rhetorically because I think every year we get these reports, and we sit back, but now we're having issues with staff capacity? That concerns me."

Hope suggested council staff draft a report to see if there were ways of getting through the resource shortage, and come back through the council's assets and services committee.

​Councillor Mark Peters said he attended a housing seminar earlier this year and found a number of people thought the council was "reluctant to spend money on infrastructure".

"I made a point of making a statement that not only is it all budgeted and the money's there ... but it's these other factors," Peters said.

"We do need to deal with it, and I think we can't let it slide by all the time. We need to get on top of it, one way or another."

Deputy Mayor Nadine Taylor suggested council staff look at what could be done to improve their resources, which could be sent through this year's annual plan for consideration.

"We are, like everyone, constrained by what we can do outside ourselves in terms of contractor availability. It's just something that we have to deal with like every other entity," Taylor said.

But Hope said the council needed to "look beyond" its staff.

"We need to look at it at the national level ... It's a big problem which I think this council has a duty to initiate some dialogue on. It's all very good to promise stuff like infrastructure upgrades, but in reality things are going different," he said.

Taylor agreed that it was up to local bodies to bring the discussion to central government, "but whether we can make an impact on that is another question."

"We haven't got something wrong that's unique. It's a nationwide issue and a lot of regions are suffering like we are," he said.

He was "happy" for the council to express its opinion to central government, but said it should focus on aspects it could control.

When asked by councillor Brian Dawson which aspect was worse off - council staffing, professional services or contractors - Craig said they were "all factors".

"I wouldn't like to single any of them out," he said.

The council approved his financial report at the meeting.