Complaints about water pollution on the West Coast are on the rise and a good number involve small gold mining operations. 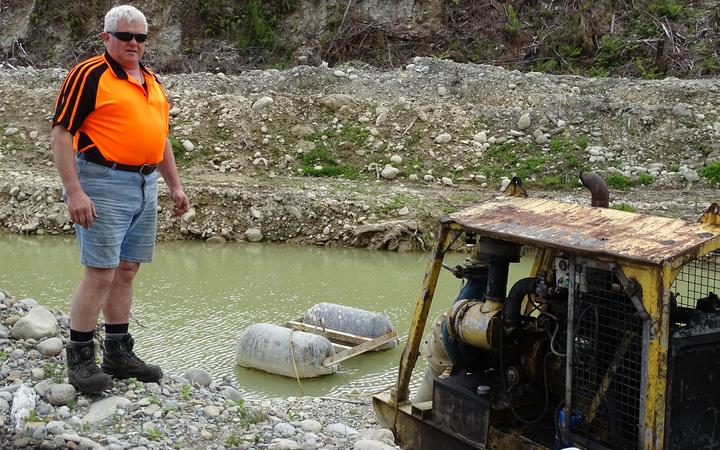 West Coast Regional Council figures show complaints about water quality have more than doubled in the past two years, from 102 in 2018 to 228 in the year to June 2019.

Eight of the 14 cases where operators were breaching their consents were gold miners.

In two of the more serious cases, staff investigating a noise complaint about mining near Hokitika found the operator had no resource consent at all but had managed to excavate and pollute several small creeks. The miner was served with an abatement notice and fined.

Another operator who polluted Waimea Creek at Goldsborough was slapped with four infringement notices, two each to the company and its director for flouting an earlier abatement notice.

Among the other gold miners pinged in the spring compliance checks was regional councillor Brett Cummings, whose claim at Notown ran into a spot of bother after torrential rain in late October.

The mine employs six people but not all are on-site at all times.

"We had a huge influx of water into the top settlement pond; the pump packed up and our man was working downstream and didn't realise what had happened till it was too late," Cummings said.

A council inspector checking out another mine nearby noticed the discolouration in the Ongionui Stream and followed it to its source and found turbidity was above the consented levels.

The test was an easy one to fail, Cummings said.

"If you peed in the creek you'd just about fail. The turbidity levels are set a lot lower here than they are in places like Canada."

It was only the second time in eight years of working the claim that the operation had been found to be non-compliant with its consent, he said. 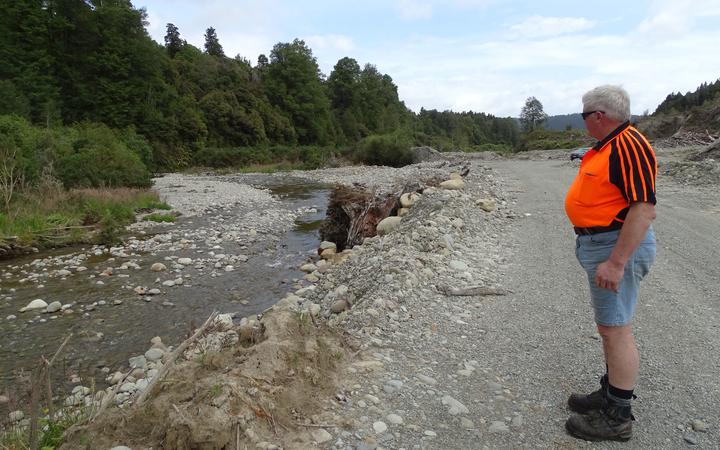 Ongionui Stream, parallel to the mine workings, runs clear usually, protected from mine run-off by a series of settlement ponds and drains. Photo: Lois Williams / LDR

Other complaints to the regional council involved earthworks and gravel extraction discolouring rivers, and two dairy farmers were given formal warnings over effluent breaches.

Consents and compliance manager Heather McKay said the significant jump in complaint numbers in 2018 partly tied in with a change in complaint recording methods, but that was not the only factor.

"Complaint numbers do appear to be trending up, and indicative figures for this year based on complaints received to date support this," McKay said.

The council had received 127 complaints in the past six months, and if it were to double that for a (financial) year-end estimate, the total would be 245, up from 228 last year.

"The national focus and growing awareness around water quality issues no doubt plays a part. Social media and the ease of sharing information and lodging complaints may also be having an impact," she said. 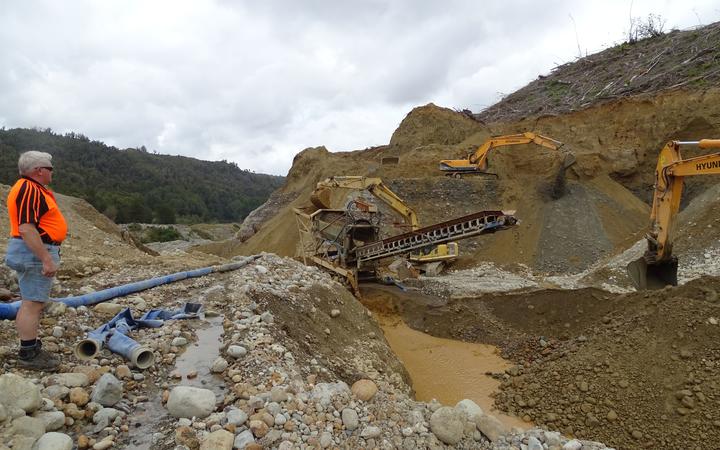 A digger at work at the Notown goldmine. Photo: Lois Williams / LDR

Under the current Resource Management Act regime, a section 15 infringement notice involving water pollution means an automatic $750 fine. If a land-use offence is involved, the fine is $300.

But the penalties are about to become a lot heftier.

The government is proposing to increase the fines to a maximum of $2000 for an individual, and $4000 for a company.

The West Coast Regional Council has said it supports the increases but wants more flexibility in imposing the fines.

In its submission on the proposed RMA amendments the council said the changes did not allow for different levels of fines for different offences.

"It is not clear ... whether the amounts proposed are maximums with some ability for discretion for lesser amounts. We are concerned that a simple increase in the infringement rate to $2000 and $4000 could result in councils issuing more formal warnings for what would have previously been a $300 fine."

The council said it would support a two-tier approach.

"This would allow council to infringe someone for an amount that is relevant to the scale of their offence. For example, where an offence had a minor adverse effect and there is very little negligence or deliberateness involved, a lower level fine may be more appropriate."

Cummings, who is also president of the West Coast Commercial Goldminers' Association, said, in general, the 30 or so locally-owned gold mining operations around the region had a good record of protecting water quality.