The Westland and Grey district mayors have hit out at the possibility more West Coast land could be classed as a significant natural area. 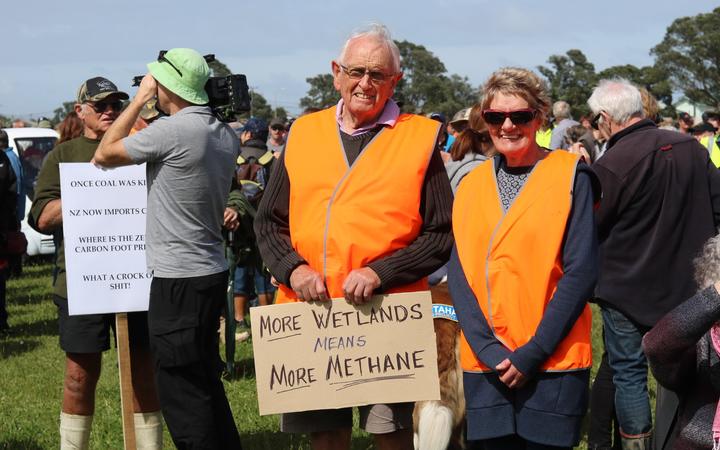 The grass of Greymouth's Messenger Park filled with hi-vis work jackets, music and chatter yesterday morning, as thousands of workers rallied against "well-intended, but ill-considered" rules they feared would threaten their livelihoods.

They likened recent policies and proposals to pieces of a jigsaw puzzle that do not quite fit with their part of the country, but are being shoved in anyway.

One of those pieces is the proposed national policy statement on indigenous biodiversity, which could see another 35 percent of private land on the West Coast set aside as a significant natural area. 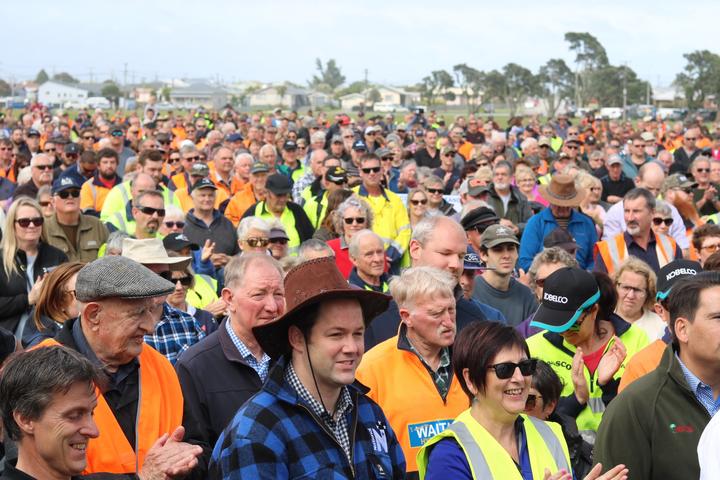 Westland District mayor Bruce Smith told the crowd it was an attack on coasters - and with 84 percent of the West Coast already owned by the Department of Conservation, Grey District mayor Tania Gibson said it was "simply not fair".

"Many areas in our country have access to significantly higher land areas for productive use ... and their challenge is not one of survival," she said.

"We are expected to be the nation's environmental conscience." 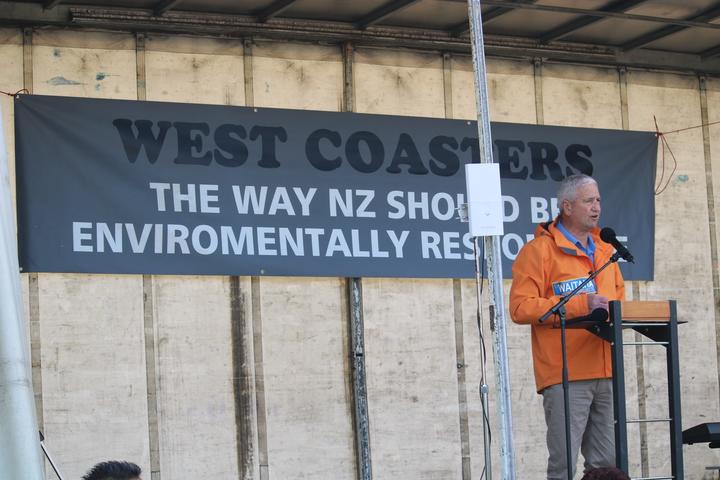 That was cheered on by people including Marj Brown, who had driven all the way to the rally from her farm in Haast.

"I think DOC have got enough land. Leave everything else the way it is. That's how New Zealand started, for goodness sake - the pioneers, they lived hard and built it up," she said.

A Māori warden at the rally, Frances Kara, said he was pleased coasters were standing up for what "rightfully belongs to them".

"The coasties want what really should be for them. I think as a Māori the same view goes, that the whenua, the land, is important to them," he said.

The event's organiser, Peter Haddock, said it was the lack of control West Coasters had over their land which prompted him to organise the rally. But for him it was the new rule that there could not be any more mining on conservation land - and the lack of consultation that went with it.

With the support of the mayors, he was hoping West Coasters could get the government's attention.

"What we're really after is for government to listen to our elected representatives. Our mayors and chairs and business people. We need to be heard," Mr Haddock said. 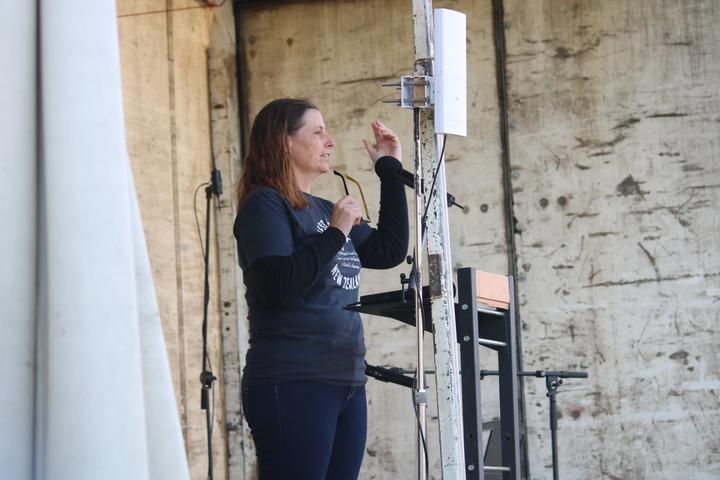 One of those to speak at yesterday's protest was Federated Farmers' president Katie Milne. Photo: RNZ / Katie Todd

Every MP in the country was invited to the rally yesterday, and among the sea of blue that showed up was National leader Simon Bridges, promising better outcomes for the West Coast if elected.

"There's an assault on this region. I think people know that for National, actually we are pro-development, we want to see things get done and you shouldn't have to destroy your environment to do that," he said.

If re-elected, he was also promising to go ahead with the Waitaha hydro-scheme plan that was vetoed by Environment Minister David Parker this year.

"There's simply no reason not to. If you want to get an economy going well here it's a no brainer," he said.

Mr Smith told RNZ's Morning Report on Monday: "We have a stagnant population ... what we have is a mixed balance of life with the environment, the amount of land that we have access to to earn our livings, and that amount of land is reducing.

Morning Report noted that Mr Smith was concerned about the West Coast's economy.

It was put to Mr Smith that economic growth in the region, while still in the negative, had strong improvement under the current government.

"Look, I don't accept - I don't want to get into the politics of it but I can tell you that that isn't the feel on the ground.

"Three years ago or four years ago we were actually motoring. Our tourist numbers had increased dramatically and the amount of investment being discussed and talked about was very, very high."

Asked if he thought there was a long-term future for the coast in regard to mining as the world moved away from coal and carbon, Mr Smith said: "New Zealand will never not be able to use coal. Coal is a critical part of how we live every day. Is there a future? Absolutely there's a future."

Minister for Rural Communities and West-Coast Tasman MP Damien O'Connor was unable to make it to Greymouth, but told RNZ he did not consider his party's policies having a negative effect any more than those of the National Party, who he said bankrupted the local polytechnic, neglected the Buller Hospital and walked away from the Pike River Mine while in power.

He also noted that policies being raised as a concern at the rally - including a national policy statement on indigenous biodiversity - had not actually made it into law yet.