Thousands of farmers, miners, forestry workers and West Coast residents gathered in Greymouth this morning, for a rally against what they say are 'one size fits all' government policies. 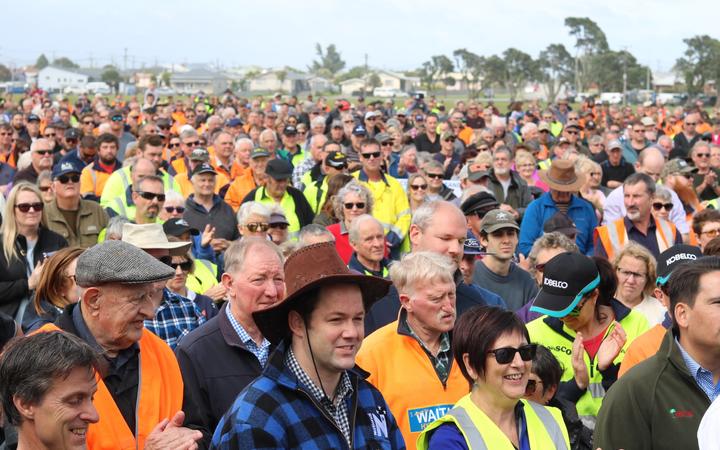 They are standing against the banning of new mines on conservation land, blocks to electricity generation proposals and new freshwater regulations, among other policies and proposals.

People arrived at Messenger Park in work trucks and dressed in gumboots, work clothes and helmets. 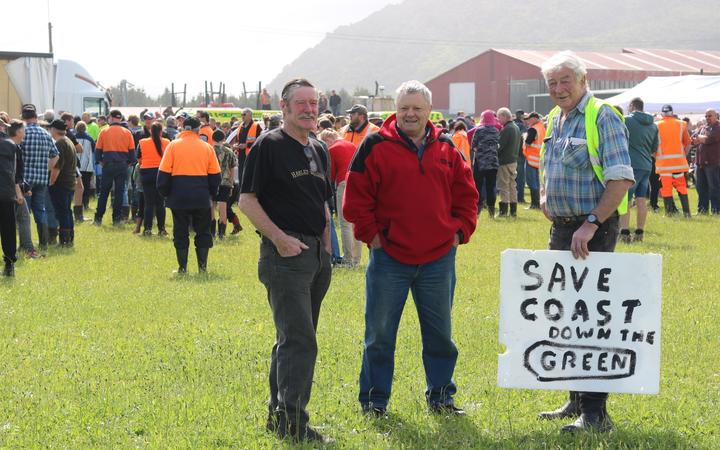 Among those who spoke at the event were local MPs, mayors, local iwi representatives and National Party leader Simon Bridges.

The rally opposes a raft of government policies and proposals those in attendance said are well intended but ill considered, and are threatening their way of life.

Marj Brown drove to the rally from her farm in Haast, because she doesn't like how much West Coast lane is becoming conservation land.

"I think DOC have got enough land and leave everything else the way it is, that's how New Zealand started for goodness sake, the pioneers, they lived hard and built up all those things and it hasn't done anything to the environment, if they test the Haast River I bet you it's as clean as any other place around New Zealand." 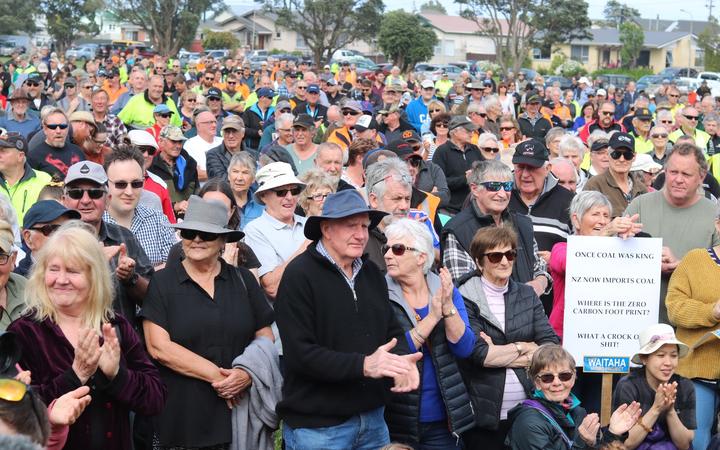 Organiser Peter Haddock said he decided to take action after the government imposed a rule of no new mining on conservation land, at short notice.

"After that we've had a barrage of bylaws and things coming out or legislation coming through and we haven't got time to take it all in, we want to be listened to."

Other proposals under fire included the freshwater action plan, the blocking of hydro-electric dams and plans to turn 35 percent of the West Coast into conservation land.

The National MP Maureen Pugh, who's based on the Coast, said the rally was the culmination of 18 months of economic uncertainty.

"And we want our kids to be able to grow up, leave school and get good jobs here. But without that certainty we're not getting the businesses investing and everybody is just sitting waiting."

Grey district mayor Tania Gibson said people are tired of the government's one-size-fits-all approach, which disadvantages places like the West Coast, where people live off the land.

"We have business owners on the West Coast and around the country that are genuinely afraid for their livelihoods, that have worked hard for many years and are now facing uncertainty.

"The Crown needs to be listening to the challenges that they are facing, it's meant to the the well-being government, but this is pushing people to the edge not knowing what their future holds."

She said people are tired of the government's one-size-fits-all approach, which disadvantages places like the West Coast, where people live off the land.

The government might be prioritising well-being, but Coasters are being driven to the edge by uncertainty, she said.