If you bought your home in the past five years, you could be paying higher rates than your neighbours. 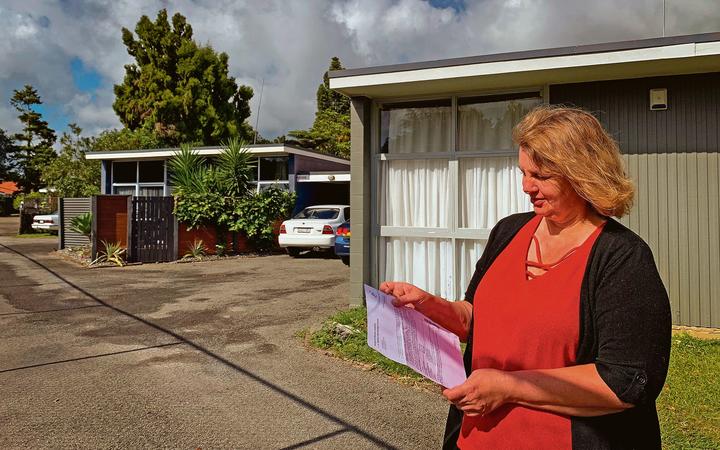 Whakatāne district's latest Quotable Value valuations have been released and one local is surprised her flat has been valued significantly higher than her three identical neighbours.

Goulstone Rd resident Diane McCarthy said her flat, the third in an identical block of four, was valued far higher by QV simply because she had bought in 2016 - during a time of high property values.

As councils calculate a portion of individual's rates on the value of their home, McCarthy would also be paying more in rates than her neighbours.

"When I opened my letter from QV, I just couldn't believe my eyes, my little 60sqm concrete block unit built in the 1960s had gone up in value by a third in just two years," McCarthy said.

"It annoys me that QV has me paying a bigger share of the town's rates bill than people owning properties of the same value, just because I bought my unit in 2016. And, the amount seems to be going up exponentially every time properties are revalued."

QV carries out rating valuations on properties across New Zealand once every three years. These valuations are then used by councils to set a portion of their residents' rates.

QV valuers analyse recent sales and compare and contrast similar properties to determine a property's updated rating. Because of New Zealand's vast number of properties, valuers do not view every property in person.

This difference in valuations would see McCarthy pay $176.20 more in rates each year than her neighbour.

She said it was hard enough for her to get on the property ladder as a single mother without having to pay more than her fair share of rates.

"I'm more than happy to pay my fair share of the rates, I just don't see why I should pay more than someone who owns a property right next door that is identical to mine just because they've owned theirs since property values were lower," she said.

"It is a jointly owned section with four identical units on it. The units are all owned by different people and some have been better maintained than others, but mine isn't substantially better than any of the others. In fact, mine has the smallest backyard so it would probably be worth the least.

"If this is how they work out the rates, it means other people who have bought properties in the past five years must also be paying more in comparison than those who have owned their properties for a long time.

"These are only little flats, if the rates are so different between our flats, how much more are people who have bought larger homes paying? Some people could be paying hundreds or even thousands over their fair share."

QV general manager David Nagel said he had empathy for McCarthy but said this was not a case of her valuation being incorrect, but rather the valuations of the other four units being under-assessed, which would be "corrected in due course".

"Each of the four units are physically close to identical and so the 2019 rating valuations should be closely aligned albeit for some locational variations within the development," Nagel said.

"Unfortunately, the sale price of the unit in 2016 has not been reflected in the rating valuations of the other three.

"QV will work with the Whakatāne District Council to correct this anomaly prior to the new rates being struck from 1July."

"With such a buoyant property market resulting in significant increases in value, we are seeing very low objection rates around the country with many below 1 percent of the total number of properties."

QV won't begin work on objections until the objection period closes off.