The head of Civil Defence has rebuked West Coast Regional Council over a media release that warned of an imminent earthquake threat along the Alpine Fault.

The urgent warning was put out at 5.30pm yesterday by the council's public information manager Andy Thompson, saying there was a heightened risk of a large aftershock along the fault because of last week's major earthquake.

The "urgent update", which has since been retracted, has left a sour taste in the mouths of many Coasters.

It took the form of a press release from West Coast Civil Defence Group Controller, Chris Raine, and said the Geonet seismograph drums had been "very quiet for the last day or so."

It said in contrast, the alpine fault had been "generating small earthquakes" and that civil defence was monitoring this area closely.

It asked West Coasters to "stock up on food, water and medicine, enough for up to seven days" and strongly urged people to be prepared.

The Wellington-based Director of Civil Defence, Sarah Stuart-Black, said the scientific advice was that there was no heightened risk of an aftershock along the alpine fault as a result of the quake near Kaikōura.

"There was a lot in the release that was not factually correct. There is a need to ensure that public information is consistent and co-ordinated which is why I'm looking for the chief executive of the West Coast Regional Council to ensure that this doesn't happen again.

"The statement was retracted and there was an apology issued, so I'm very pleased to see that." 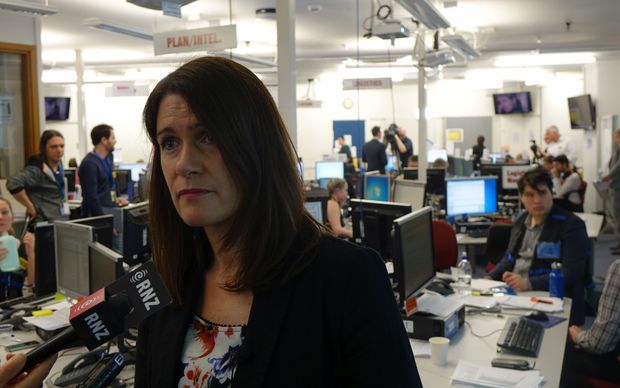 There were reports of water and bread selling out at some West Coast supermarkets in the wake of the warning.

"So it's important they don't spook the public out there who are very on edge at the moment. We know we've got a big fault line down the Southern Alps but that has no relation to what's going on at the moment.

"So people need to be assured that there's nothing to panic about."

Mr Kokshoorn said he had been taking calls from tourism operators asking if they should be cancelling bookings in light of the warning.

He said this was the last thing businesses needed heading into peak season, and he was confident the same mistake would not be repeated.

"This is a major mistake and he will be talked to and there will be put in place a peaking order that makes sure that he has to report to the right people and go through the right channels before he makes media releases."

He said an apology had been issued.

"No person other than experts should make any of those kinds of predictions. So you know, our role in this is in a civil defence response role and we use the information that the people at GNS put out.

Mr Meehan refused to say if Mr Raine would face disciplinary action but confirmed he was still in charge of civil defence for the region.

"Chris Raine has got a lot of experience in civil defence.

"This has been a mistake and I think we've gone a long way to rectify it and look we'll sit down and talk about it."

Mr Kokshoorn is calling for a review of the way civil defence is organised to prevent local branches from putting out releases independently of civil defence in Wellington, and sending mixed or confusing messages to the public.